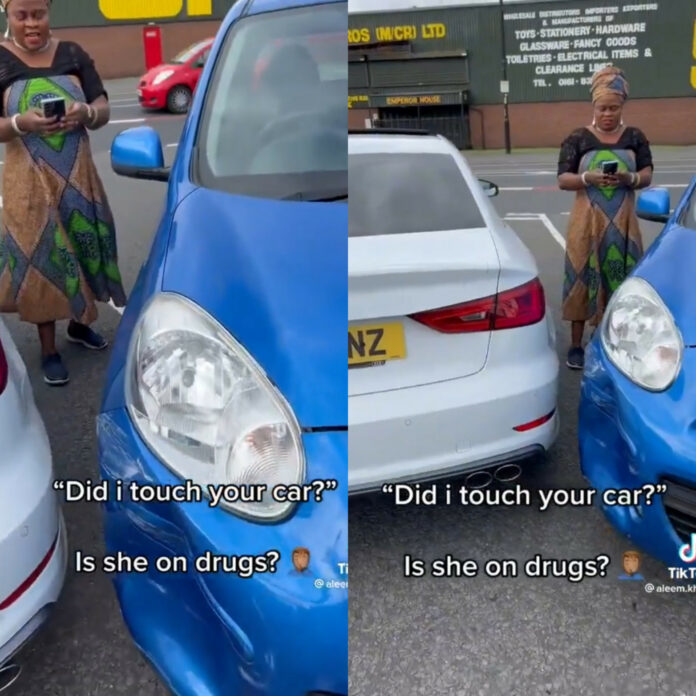 TSB News reports that a Nigerian woman was filmed arguing after she was accused of bumping into a man’s car in London.

In a viral video, the woman is seen insisting that she was not at fault.

She even called the driver of the other car a liar and told him she was going to church and couldn’t stay to resolve the issue.

A lady who looked at the position of the car told the Nigerian woman that she was at fault but she continued to contest this.