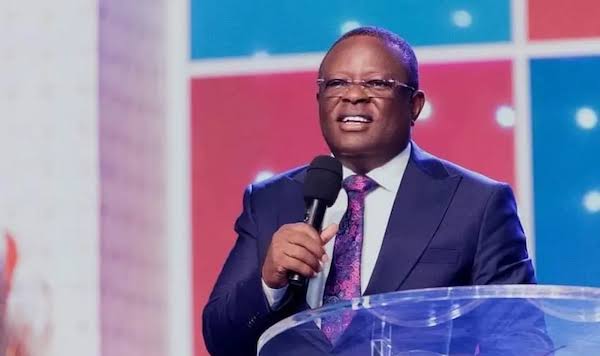 ASUU: Tertiary education not for everybody, says Gov. Umahi

Governor David Umahi of Ebonyi State has said tertiary education is not meant for everybody.

Umahi made this assertion on Wednesday when he received a delegation from the Nigerian Police Trust Fund by Dr. Ben Akabueze, in Abakaliki, the Ebonyi State capital.

The governor noted that it is unreasonable for the Federal Government led by the President, Major-General Muhammadu Buhari (retd.) to borrow over N1 trillion to meet the demands of the Academic Staff Union of Universities.

Umahi’s assertion comes in the backdrop of the ongoing industrial action by lecturers at the nation’s varsities.

Recall that the Academic Staff Union of Universities ASUU strike has lasted for over five months and is still counting.

The chairman of South-East Governors’ Forum said education and security were the most challenging problems bedeviling Nigeria.

Umahi, who said Nigeria’s education’s system was not properly articulated, added that the basic education any nation strived to attain was secondary or vocational education.

He said, “Our basic problem in this country remains security, health and education. Let me say a little about education which is in our public domain and which is the ASUU. I think that our education system is not being properly articulated.

“University education is not for everybody and that is the truth. The basic education every country strives to attain is secondary school and vocational schools. These are the basic schools and when you have these qualifications, you will be able to use it either to start up something or to be able to use it to be employed,” he added.

Arteta: City Have the Best Players In Europe