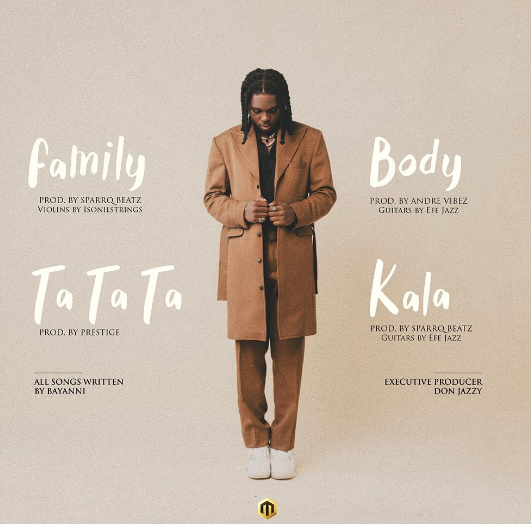 TSB News reports that Bayanni or Bayani is a fast-rising Nigerian singer and songwriter who came into the spotlight in 2021 after his song went viral on Instagram.

He was born in the South Western region of Nigeria where he hails from and spent most of his early life in Lagos pursuing his career in music.

Bayanni released his much-anticipated single titled African Beauty on April 12, 2022, the song which has been making waves with massive airplays few hours after release.

Bayanni was opportune to attend some of the best schools in Lagos. He completed his elementary school education at an esteemed private nursery and primary school in Mainland Lagos. Underwent his high school studies at a renowned secondary school and currently an studying in Obafemi Awolowo University (OAU) .

On the 12th Of April 2022, Bayanni dropped his highly-anticipated single titled African Beauty. The song was produced by Blaise Beatz, while Michael Synx handled the mixing. The visuals for the single were shot by Pharouk Damilola Films and released on the same day.

African Beauty has amassed thousands of streams and downloads since its release. The song is steadily climbing the Afropop charts in the country. The soulful singer has released other singles such as Duro (featuring Frescool), BMW, and Ballerina.

Mavin Records has announced Bayanni as the latest addition to its roster of amazing and talented artistes.

A post shared by ITS DON JAZZY AGAIN 🐘 (@donjazzy)

Bayanni is in his early twenties and was born at the start of the new millennium. When he is not in school, he can reside in his parents’ house in Lagos.

The Afropop singer is dark in complexion and is admired by fans for his handsome looks. He wears a dreadlocks hairdo and has his hair plaited into cornrows.

Bayanni is currently single and has not hinted at entering a serious relationship anytime soon. When he is not attending classes or making music, he spends his free hours hanging out with his close friends.