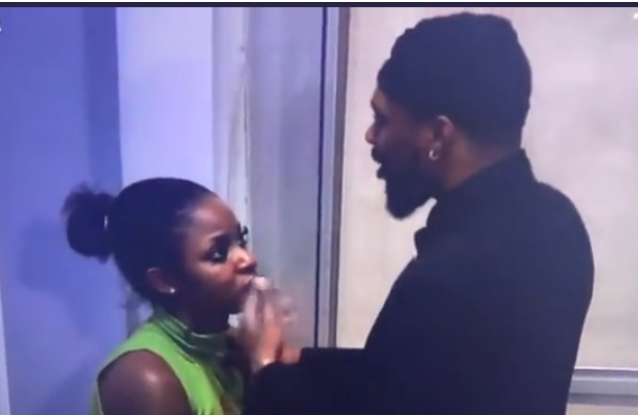 BBNaija: ‘I want to marry you’ — Sheggz woos Bella (Video)

Segun Olusemo, the BBNaija season seven housemate better known as Sheggz, has professed his love for Bella, his colleague on the show.

The pair had an intimate conversation after their Saturday night party.

The discussion had followed a slight disagreement over their budding relationship.

During the conversation, Sheggz confessed his depth of love for Bella. He also described her as “my everything.”

The 26-year-old footballer and actor told her of his plans to marry her.

Sheggz also promised to be there for Bella always regardless of the odds.

#BBNaija: 'I want to marry you' — Sheggz woos Bella pic.twitter.com/96UJPaYobz