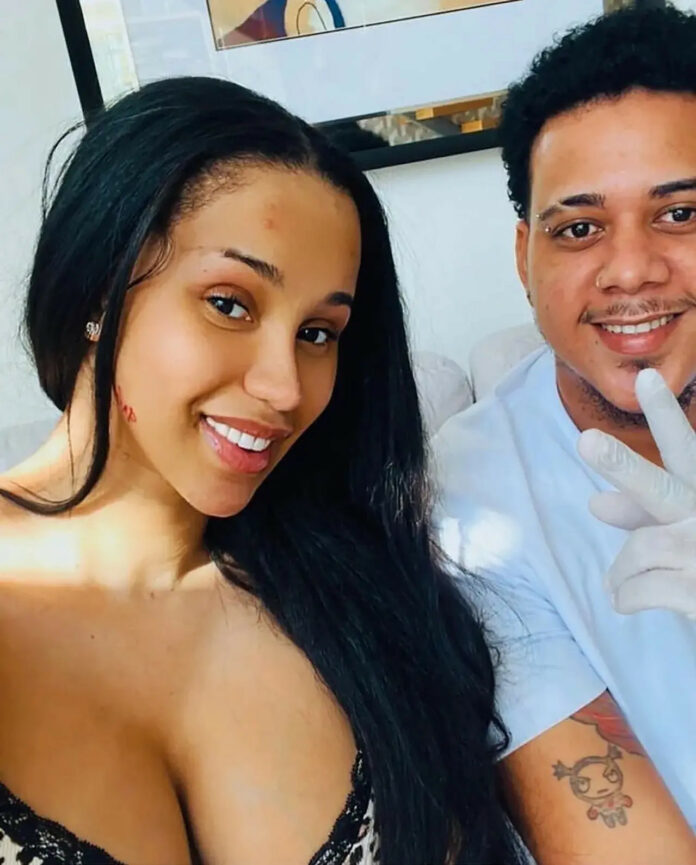 Rapper Cardi B has gotten her first face tattoo, a move that has drawn mixed reactions online.

The 29-year-old mom of two, was inked by tattoo artist Robinson De Los Santos, who shared footage of him working on her jawline.

In the brief clip, Cardi holds a blue towel against her face as De Los Santos focuses on his work, noticeably using red ink. “Trabajo de hoy cardi B,” he captioned the 13-second clip.

He later shared a selfie of him and Cardi, which was captured by one of the rapper’s fan pages. It’s not clear what the tattoo reads as her hair covers a portion of it.

Cardi had earlier disclosed that she was thinking of getting her 11-month-old son, Wave‘s name tattooed to her face. “Random but ….I’m 1% close too tatting my son’s name on my face….I really really wanna do it!” she tweeted at the time, adding that she wanted to get it on her jaw.

Despite the admission, her new tattoo doesn’t appear to have the letter W on it, but the public has yet to see it clear and up close.

Islamic State Terrorists Reveal How Many Nigerian Soldiers Were Killed During...