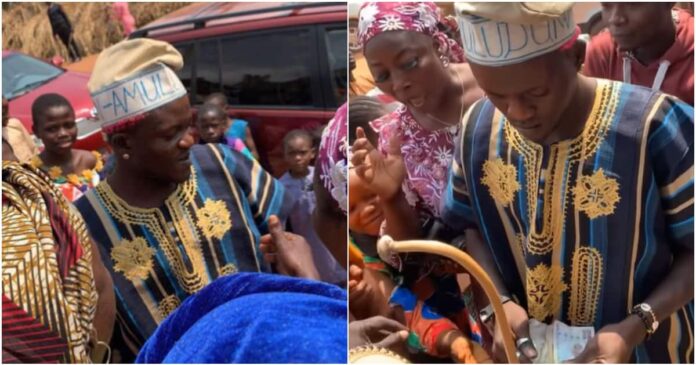 Controversial Afrobeats acts Portable has bagged a Chieftaincy title in Tigbo Awori land where he was crowned the Amuludun of Tigbo Awori Land.

On Monday, controversial street hop artist Portable posted clips from his coronation ceremony as the Amuludun of Tigbo Awori which is a kingdom located in Yewa local government area of Ogun State.

In the clips, Portable could be seen receiving his new status from the Kingdom’s monarch who announced him as the chief purveyor of happiness of the Tigbo Awori Land.