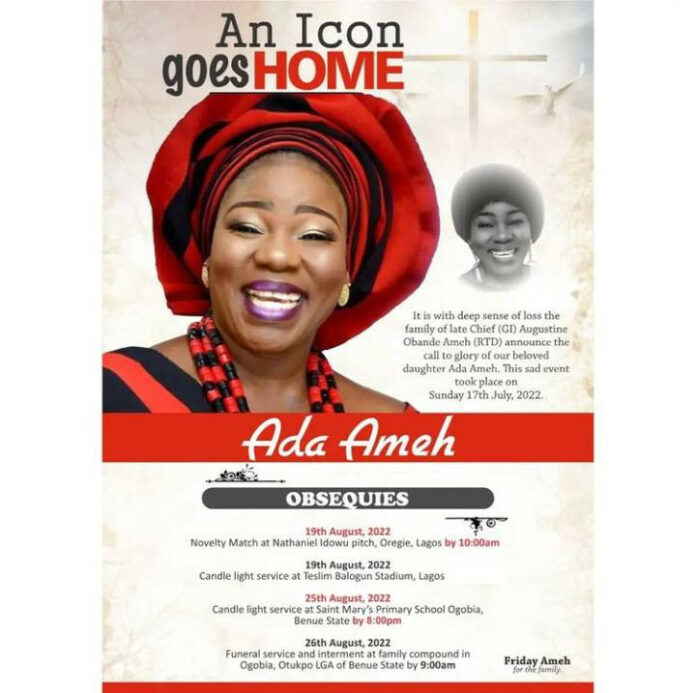 The family of Nollywood actress, Ada Ameh, has released her funeral arrangements.

According to the obituary released, a Novelty match and a candlelight service will be held in her honor on August 19 in Lagos.

On August 25, another candlelight service will be held in Benue state while her remains will be interred in her family’s compound on August 26.

The veteran actress, Ada Ameh died on July 17 in Warri.

See the obituary below.. 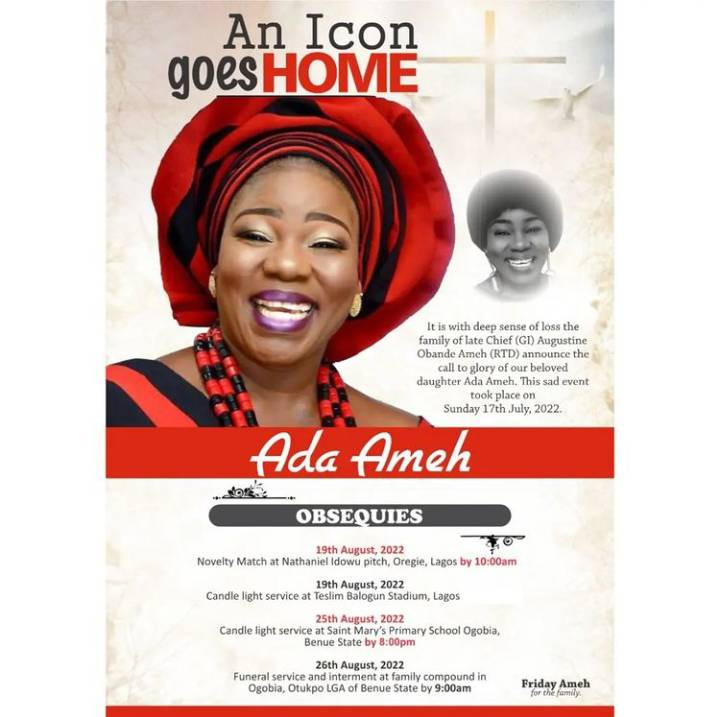