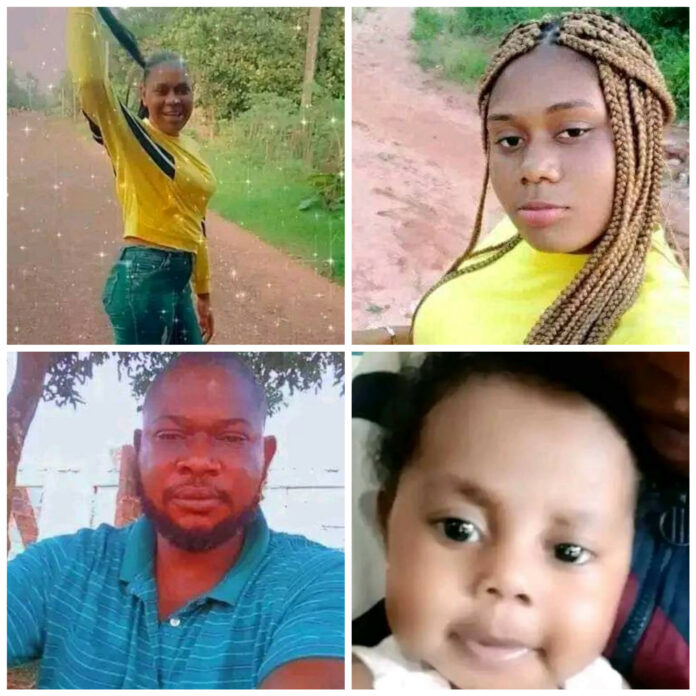 Benue man, Benard Ochenehi Gabriel Onoja Ameh, his teenage daughter, Adah Gina and only granddaughter have died within one month.

It was gathered that Ameh, popularly known as Chilo Able God, died in a motor accident on June 23, 2022.

According to Facebook user, Ocharbolegor, Adah slumped and died during the burial of her father on July 14, 2022, in Otukpa, Ogbadigbo Local Government Area of the state.

“What a sad news. Adah Chilo who died recently. Her daughter has joined her. RIP kid.” he wrote.

‘He Was His Mother’s Only Child’ – House Of Reps Member...