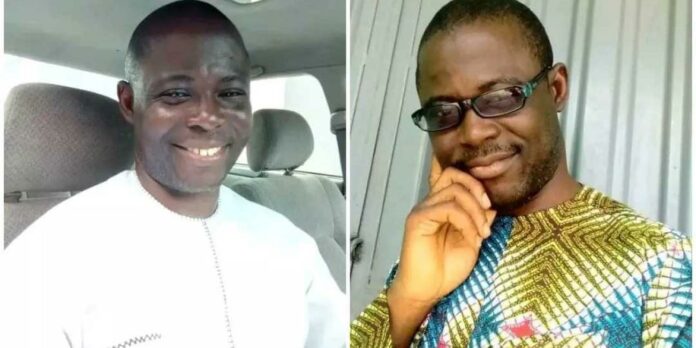 Pastor Busari Shuaib Peter, an Ibadan-based cleric, has been murdered.

He was killed by gunmen suspected to be robbers.

A source told SaharaReporters that the cleric was shot dead as he resumed work on his business premises in the Oyo State capital on Friday.

He was said to have been robbed before being shot dead.

The source said, “Pastor Busari Shuaib Olawale Peter based in Ibadan, Oyo state Nigeria has been brutally murdered by daredevil gunmen suspected to be assassins or robbers in his place of business this morning.

“I can confirm that he was shot dead as he resumed work on his business premises. He even posted a soul-lifting message on Facebook here saying we should cast our burdens on Christ because he cares for us. Oh, what a life.

“Insecurity, killings, kidnappings, criminalities, robbery in Nigeria are increasing at an alarming rate.

“What on earth did this amiable, gentle, kind and affectionate God’s servant do to deserve this? My heart bleeds.

“I have called the Oyo state police command and they said they will get back to me to confirm the news. His death must be investigated and his killers brought to justice. They’ll never know peace.

“I’m so sad. Rest in peace, God’s servant. Truly for us to live is Christ and to die is gain. Shame on your killers,” the source said.

SaharaReporters further learnt that the gunmen shot in front of his shop.