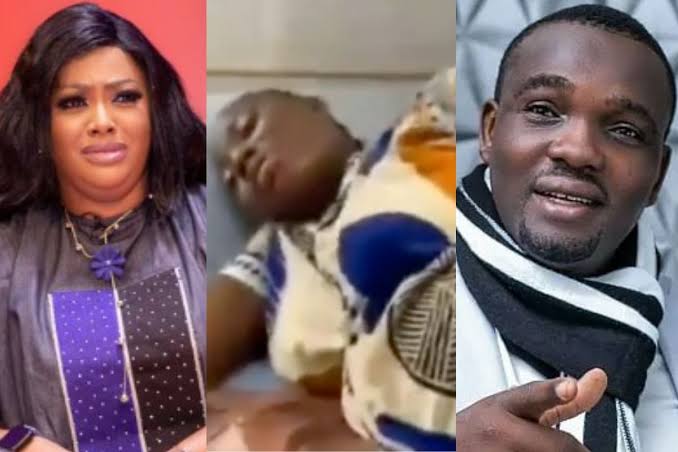 Helen Paul has cautioned her colleague Yomi Fabiyi after the actor shared a vulnerable video of his child’s mother to score a point in their fight.

In the video recorded while Amarachi Grace Jimoh was in labour, Yomi is seen smiling while the pregnant mum begged him to stop filming and call the doctor.

“When we were doing it at the time, you were enjoying it,” Yomi is heard telling Amarachi while she begged for a doctor.

Reacting to the video, Helen Paul told Yomi that it’s wrong for him to share it online.

Yomi shared the video yesterday after Amarachi accused him of not providing for her and their child.

He shared the video to prove he’s been there for her from the time she was in labour.

Yomi said in the caption that the video shows that Amarachi’s claim that he abused her days before delivery are not true.