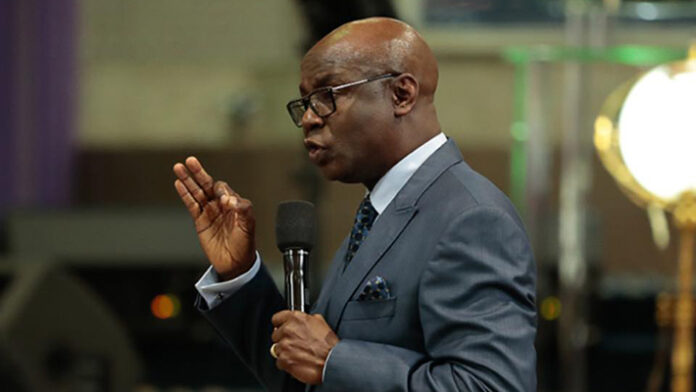 Pastor Tunde Bakare of Citadel Global Community Church has revealed how he felt when Mrs Foluke Adeboye aka Mummy GO of the Redeemed Christian Church of God surprised him with a phone call.

According to Bakare, he was on a London highway when he received a text message and phone calls from Mummy GO without knowing they were from her.

He said when he realised who was on the phone, he almost collapsed.

According to him, she had called to check on his health after seeing him on TV using walking stick.

Bakare shared the story while addressing his followers at the Atlanta 2022: Gathering of Sons and Daughters in Atlanta, Georgia, USA, on Sunday.

I remember that I was on a London highway one day when Mrs Adeboye called. She had sent a text and I think she also made phone calls but I didn’t know who (it was),” he said.

The clergyman said the message was signed with the initials, ‘MGO,’ a short form for Mummy GO as she is fondly called by the RCCG congregation.

Bakare added, “So, I placed a phone call and said ‘good afternoon, I got a text from this number.’

“She said, ‘Haa, don’t you know me again?’ I said, ‘Who is speaking?’ and she mentioned her name. My mouth is too small to call her by name.

“I almost collapsed. I said, ‘ma, I didn’t know it was you.’ She said, ‘Well, we were watching television and I saw you using a walking stick; I want to know that you are well.’ I said it was illustrated sermon.

Why is it wrong to pick your nose in public?