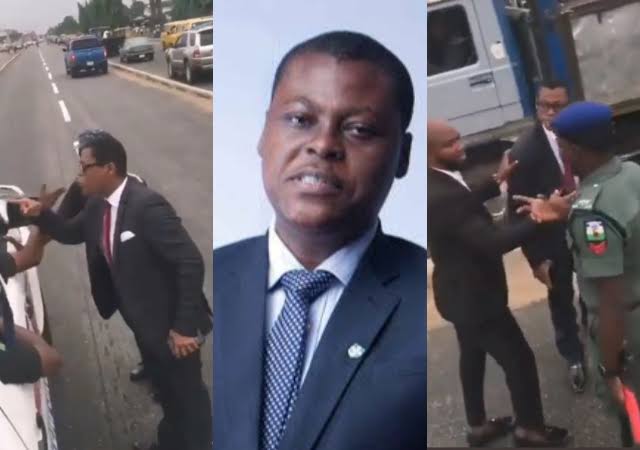 Details have emerged of what transpired between Arise TV anchor, Rufai Oseni and policemen who caught him while plying the BRT lane on Monday in Lagos.

In a viral video, Oseni was seen railing at the policemen in a vehicle who had arrested him for plying the prohibited BRT lane.

A policeman and another man were trying to placate the angry Oseni to go back to his SUV after it was released to him.

He came back again to assault the policemen inside their vehicle.