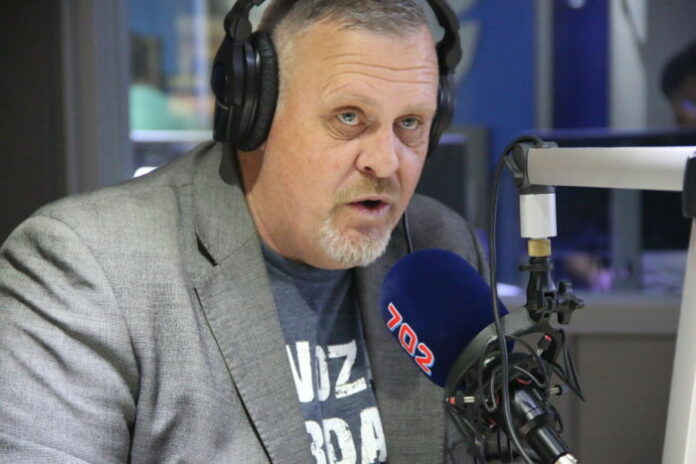 Jeremy is a South African radio and TV personality.

Jeremy Mansfield is a South African radio and television personality. He worked on numerous radio stations as a presenter and voice-over artist, and also presented numerous television shows, and inserts for popular television magazine programmes.

South African radio and TV personality Jeremy Mansfield, who revealed in January that he’s battling cancer again, has shared that it’s terminal and that he’s now looking to have “as much fun in the time I have left”.

In a new Facebook post, Mansfield, who will celebrate his 59th birthday next week, announced that his primary liver cancer has advanced to Stage 4 and that he now has terminal cancer and will be undergoing palliative care. 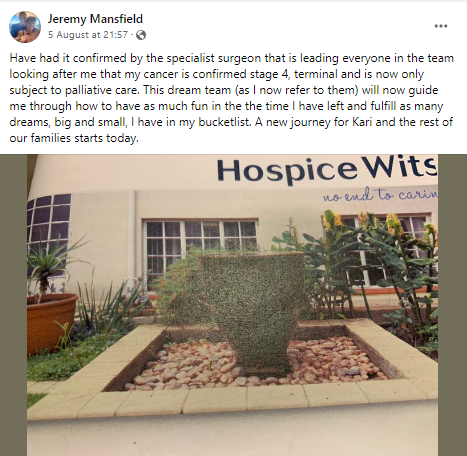 “Have had it confirmed by the specialist surgeon that is leading everyone in the team looking after me that my cancer is confirmed stage 4, terminal and is now only subject to palliative care.”

“This dream team (as I now refer to them) will now guide me through how to have as much fun in the time I have left and fulfil as many dreams, big and small, I have in my bucket list. A new journey for Kari and the rest of our families start today,” he wrote.