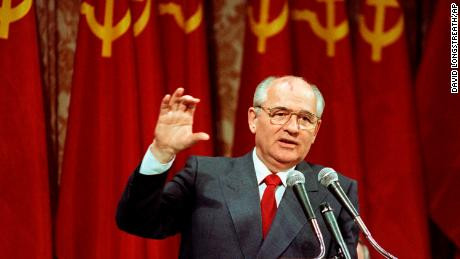 Mikhail Gorbachev, the former Soviet leader who brought the Cold War to a peaceful end, has died aged 91.

Gorbachev, who took power in 1985, opened up the Soviet Union to the world and introduced a set of reforms that ended tensions with the West but he was unable to prevent the collapse of the Soviet Union, from which modern Russia emerged.

The hospital in Moscow where he died said he had been suffering from a long and serious illness.

For some years his health has been in decline and he had been in and out of hospital. In June, Russian media reported that he had been admitted after suffering from a kidney ailment, though his cause of death has not been announced.

US President Joe Biden called him a “rare leader” and praised Gorbachev as a unique politician who had the “imagination to see that a different future was possible” amid the tensions of the Cold War.

European Commission President Ursula von der Leyen praised him as a “trusted and respected leader” who “opened the way for a free Europe”.

“This legacy is one we will not forget,” she added.

UK Prime Minister Boris Johnson said he admired Gorbachev’s courage and integrity, adding: “In a time of Putin’s aggression in Ukraine, his tireless commitment to opening up Soviet society remains an example to us all.”