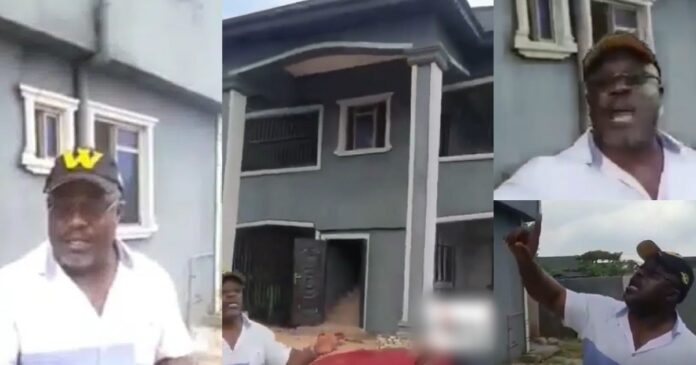 A Nigerian man has raised an alarm after his wife allegedly sold his house for N10 million in his absence.

He said that he traveled and left the house in her care only for him to return and discover that she’s already sold the house.

In a video posted online, he said that when he returned, he was informed that there is already a buyer waiting to move in.

The disgruntled man said he bought the land for N9.5 million and paid agency fee, development fee and a lawyer.

He revealed that he built the house from scratch, plastered the building, roofed it, put iron doors and protectors before he traveled out of the country.