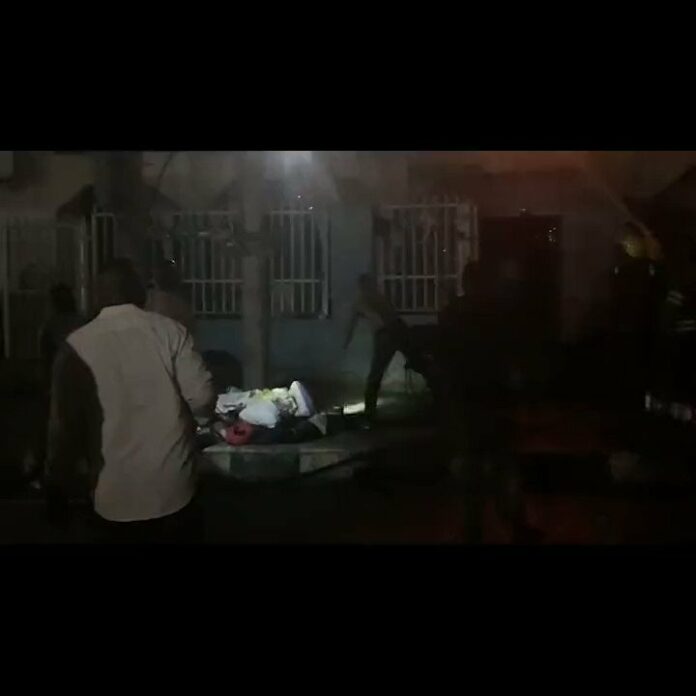 TSB NEWS reports that an early morning fire on Wednesday gutted a part of the shopping complex on Ligali Ayorinde Street in the Victoria Island area of Lagos State.

According to eyewitnesses, the fire began this morning at a shop that sells AC gas at the shopping complex.

In a trending video online, firefighters are seen trying to put out the fire.

He said the fire has been brought under control after officials of the state and Federal Fire Services battled to put it out.

The cause of the inferno, which lasted for hours before it was contained, is yet to be ascertained.

“The fire incident happened at a shopping centre but it has been handled by Federal and state fire services,” Farinloye said.

According to the NEMA Coordinator, an investigation was ongoing and the report would be made available upon completion.

The incident caused gridlock in the area as passengers, residents and passers-by scampered to safety.

📹: Firefighters trying to put out a fire at a shopping mall at Ligali Ayorinde junction, Victoria island.

According to eyewitnesses, the fire began this morning at a shop that sells AC gas at the shopping complex. pic.twitter.com/T9WuGrJ0QF