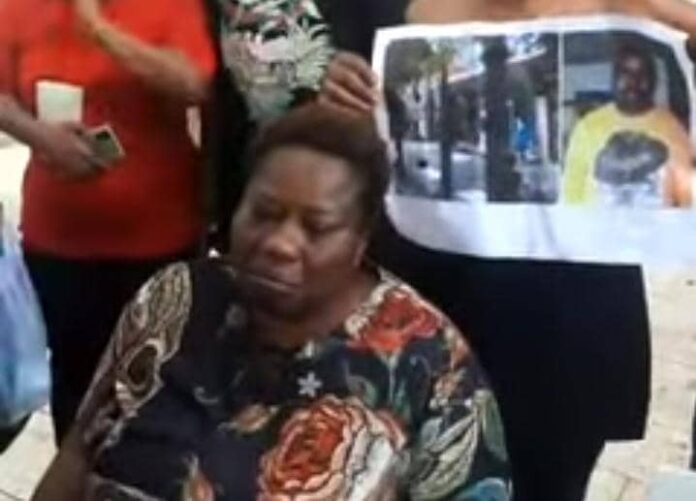 ‘My heart is aching’ — wife of Alika Ogorchukwu, Nigerian beaten to death in Italy, Charity, cries bitterly as she demands justice

Charity, wife of Alika Ogorchukwu, a Nigerian beaten to death in Italy, has called on the Italian authorities to ensure that her husband gets justice.

Alika, identified as a 39-year-old physically-challenged vendor, was attacked at his stall on July 29.

According to a video recording of the incident which has now gone viral, the suspect is seen tackling the victim, while some bystanders look on.

The suspect is said to be a “32-year-old from Salerno”.

The killing has resulted in protests, with individuals and civil society organisations (CSO) calling for justice for Ogorchukwu.

Meanwhile, the Nigerians in Diaspora Commission (NiDCOM) has described the incident as “brutal”, and also asked the Italian authorities to “ensure justice is served”.

Speaking with BBC on Monday, Charity described the killing of her husband as “wickedness”, and said all she wants is justice.

“I’m feeling very bad. My heart is aching. He’s not someone who is troublesome. This kind of thing has not happened before,” she said.

“We’ve been in Italy for a long time. It’s a form of wickedness.”

She also said while her husband had been the breadwinner, she just got a job the same day Ogorchukwu died.

“He was the breadwinner. I just got a job that day and I just got home, when I started receiving calls,” she said.

“I’m tired. I need justice for my husband. It’s a painful death.”

She also expressed gratitude to those who have joined her in the call for justice for her husband.

“These people, they are doing their best to help me. They want justice for my husband; that is why everybody is together,” she added.