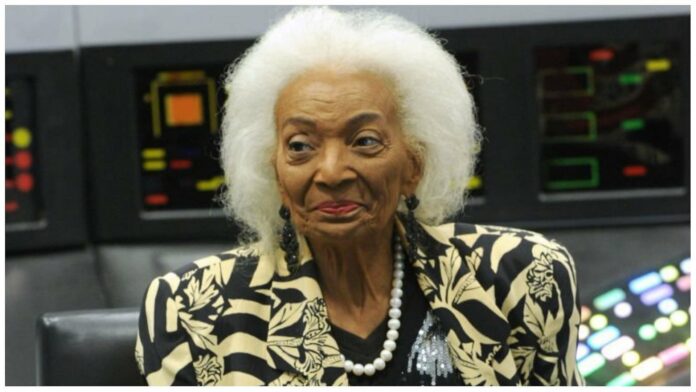 Nichelle Nichols biography, family, age, way to stardom, net worth, cause of death

Actress and singer Nichelle Nichols passed away on July 30 at the age of 89. The news was revealed by her talent manager and business partner Gilbert Bell.

Meanwhile, Nichelle’s son Kyle Johnson paid tribute to her on the website Uhura.com and wrote:

“I regret to inform you that a great light in the firmament no longer shines for us as it has for so many years. Her light, however, like the ancient galaxies now being seen for the first time, will remain for us and future generations to enjoy, learn from, and draw inspiration.”

Nichelle Nichols’ net worth explored
Nichelle Nichols gained recognition for her performance as Nyota Uhura in Star Trek: The Original Series and the sequels. She also promoted NASA’s programs from 1997 to 2015 for the recruitment of astronauts.

According to CelebrityNetWorth, Nichols’ net worth was estimated to be around $500,000. She accumulated most of her wealth from her career as an actress, singer, and dancer.

Nichols purchased a house for $110,000 in Woodland Hills, California in 1983. The house was later sold by her son for $2.2 million to the Baron Construction & Remodeling Co.

She was a part of the Star Trek franchise for a long time and was one of the first black women to be featured on a popular TV show. Former NASA astronaut Mae Jemison considers Nichelle’s role as Lieutenant Uhura an inspiration to become an astronaut.

The character gained recognition for kissing Captain James T. Kirk, played by white actor William Shatner. It was mentioned as another example of an interracial kiss shown on television.

Although the series was canceled in 1969, she lent her voice to Uhura in Star Trek: The Animated Series. Nichelle co-starred in six Star Trek films and after the death of Leonard Nimoy in 2015, she was one of the four surviving cast members.

Nichelle Nichols started her career with the 1961 musical, Kicks and Co. followed by a few more appearances on stage. The actress was featured on the cover of Ebony magazine in 1967 and toured with Duke Ellington and Lionel Hampton bands.

Nichols made her television debut with a guest appearance on one of the episodes of the NBC series, The Lieutenant. She appeared in films like Doctor, You’ve Got to Be Kidding! and Truck Turner.

The trailblazing actress also voiced various characters in television series like Futurama, Gargoyles, Batman: The Animated Series, The Simpsons, and others.

She has appeared in other TV shows like Heroes as well as The Young and the Restless.

Apart from her appearances on television, she had a successful career in the field of music. Her first two albums, Down to Earth and Out of This World, received a decent response from the public and she also sang songs in two episodes of Star Trek.

Would You Tell Your Wicked Boss?