Nigerian singer, Paper Corleone, reveals how his cousin was burnt to death for a crime he did not commit

Nigerian musician, Asikpi Tombra a.k.a. Payper Corleone has lamented over the killing of his cousin by mob in Bayelsa State.

The rapper, who disclosed this on Thursday, August 25, said his cousin identified as Tammy was burnt to death over a crime he didn’t commit.

The incident happened at Tombia area of Yenagoa, on Wednesday, August 24.

I ‘m heartbroken. Just Yesterday, My Cousin got burnt to death in Tombia after being accused of a crime he took no part in. Rest Well My Brother Tammy.” he wrote.

However, one Gee Prince, claimed that the suspect was among robbers who attacked him and his colleague.

“That guy has robbed me and my colleague before, even tried to transfer money to his account with my fone, in his words, he said, my eye no dey see human being, if you give me wrong transfer pin, I go kill you. Luckily for me, that number wasn’t registered to any bank. He collected everything me and my colleague had, only left the phone for me kuz its torchlight phone.” he wrote.

Another member of the community, Precious Dlamini, who confirmed the mob action, said Tammy was caught for attempted theft.

“He is guilty of what he did,” she wrote. 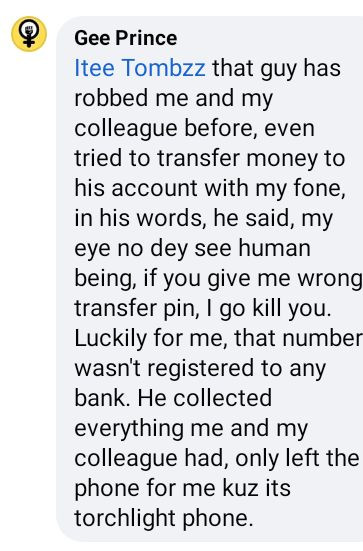 Justice Christopher Biography – Age, Career, Cause Of Death And Net...