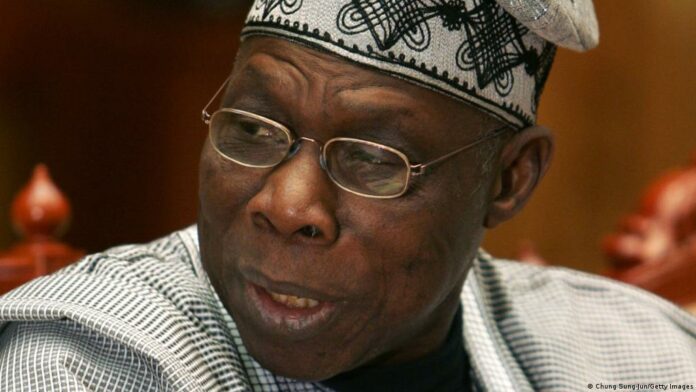 Former President Olusegun Obasanjo has denied reports that he endorsed the presidential ambition of the APC candidate, Bola Tinubu, when he visited him in Abeokuta.

In a statement by Obasanjo’s Special Assistant on Media, Kehinde Akinyemi, on Saturday, the former president said the statements coming from those claiming to be supporters of Tinubu are unhelpful.

He said the discussion during the visit was “more brotherly than political.”

Obasanjo’s aide further said the former President has neither agreed nor disapproved of Tinubu’s ‘request’.

“Those claiming to be insiders at the meeting issuing statement on the discussion and those crediting to me statement I had not made are enemies of the visitor and are not doing the visit any good.”

Those who accompanied Tinubu included two former governors of the state, Olusegun Osoba and Gbenga Daniel; former interim national chairman of APC, Bisi Akande; Speaker of the House of Representatives, Femi Gbajabiamila; pioneer Chairman of the EFCC, Nuhu Ribadu, among others.

Gbajabiamila had told journalists in Lagos that Obasanjo made encouraging statements about Tinubu’s aspiration and even prayed for the APC presidential candidate.

He added that Obasanjo assured Tinubu of victory at the polls.

Update On Female Care Worker Who Had Sex With 16-Year-Old Boy.