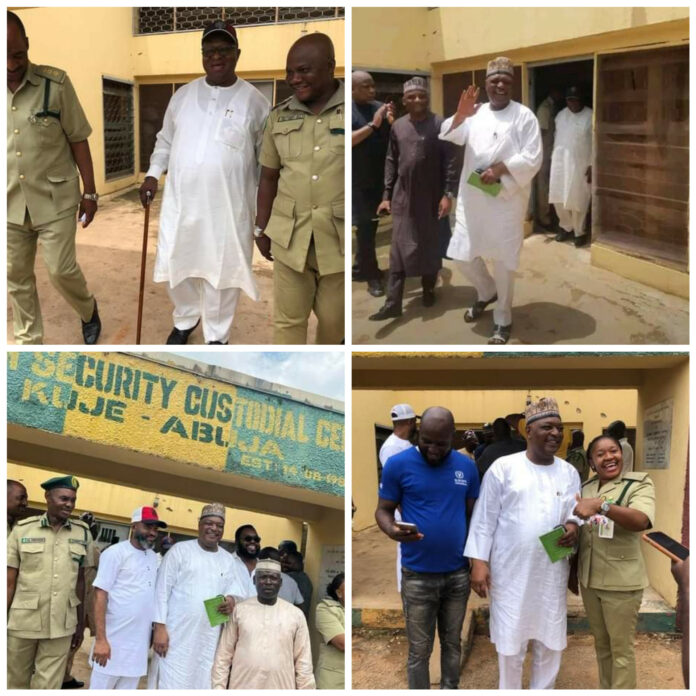 Photos of former Governors of Plateau and Taraba states, Joshua Dariye, and Jolly Nyame being released from Kuje correctional facility in Abuja have surfaced online.

The duo and others were released three months after the Council of State, led by President Buhari approved the pardon of the convicts along with 159 others, a decision which generated outrage.

Sources close to to duo revealed that all the necessary formalities were completed by 10 am on Monday and the former governors were released into the waiting arms of their families.

Nyame was to serve a 12-year jail sentence for diverting N1.64 billion during his tenure as governor of Taraba, while Dariye was serving 10 years’ imprisonment for N1.126 billion fraud.

The duo was pardoned on health and age ground.

The FCT Spokesperson for the Nigerian Correctional Service, Chukwuedo Humphrey, confirmed their release to newsmen. 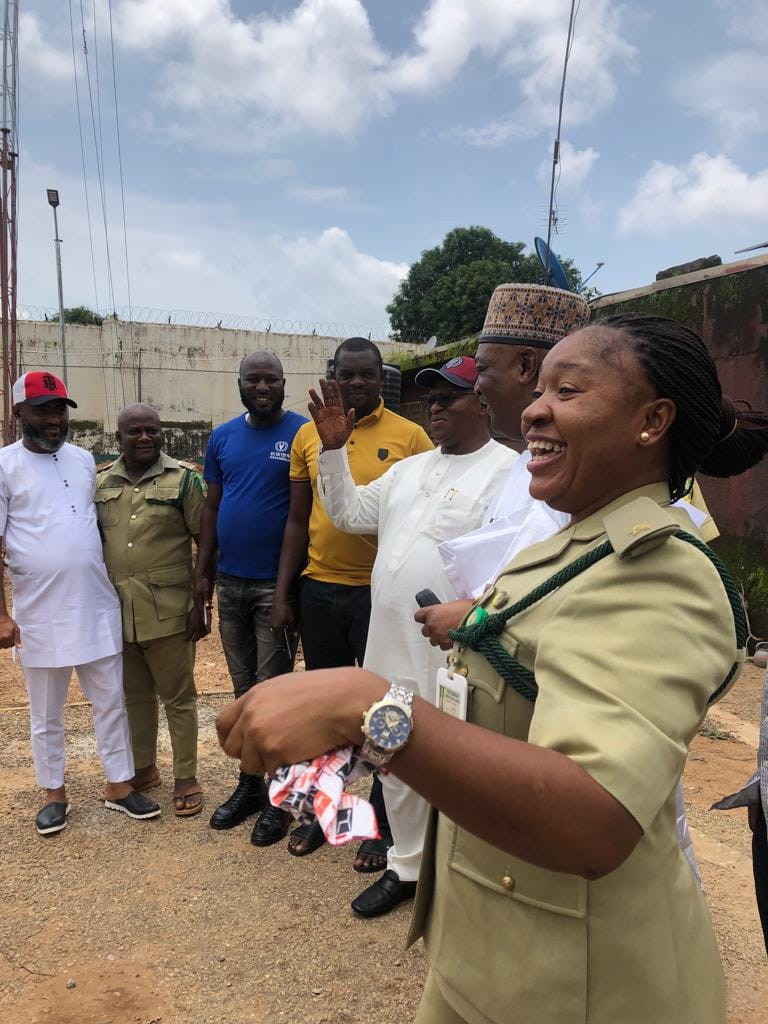 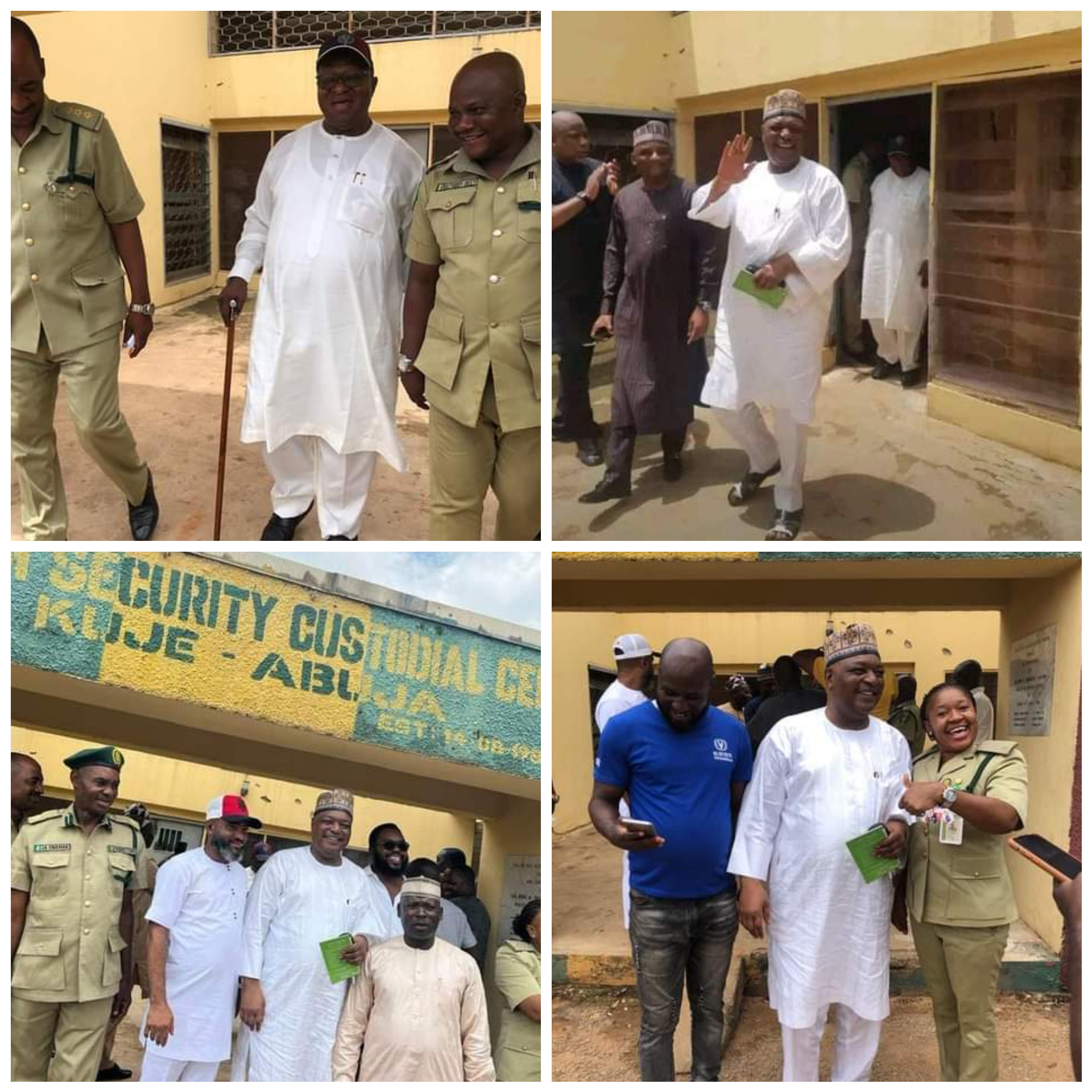