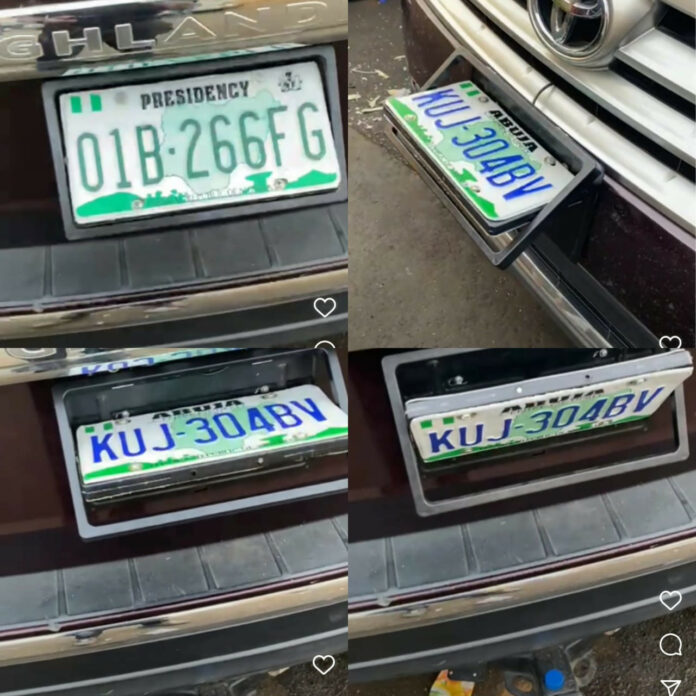 The Nigeria Police Force has vowed to go after producers of plate numbers that can automatically change.

A video of a car with a technology that helps switch its plate numbers has gone viral. In the video, the two sides of the plate number of the car, carry two different numbers and so they can be interchanged when an automated button is pressed. Some Nigerians have called on the authorities to look into this as it will help criminals evade arrests.

Reacting to the viral video, the spokesperson of the Nigeria Police Force, CSP Olumuyiwa Adejobi, said the police will investigate the source of the automatic plate numbers and go after those producing it.

We have come across this video which has gone viral. This technology is good but very criminal in our Nigerian context and it should be condemned. Every vehicle in Nigeria must be registered and have a number, not many numbers.

We will work with other relevant security agencies in this regard to curb proliferation and incessant use of fake or unregistered number, and even discourage the coverage of number plate with a leather cover.

We will surely investigate the source of this and work against production, spread and usage of this kind of technology which has been seen and perceived as dangerous and inimical to our security.

We urge Nigerians to reject this technology and use of fake numbers, as its criminal and punishable under the law.”he said