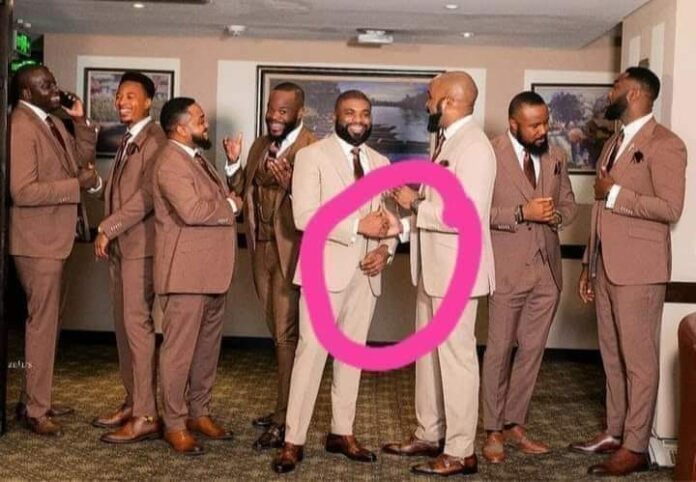 Nigerians have expressed divergent reactions over the way Pastor Blessed, husband of music minister, Mercy Chinwo, was pictured in a handshake with singer Bankole Wellington, otherwise known as Banky W.

Chinwo and Blessed walked down the aisle on Saturday and Banky W was among the groom’s men.

The duo have been tagged 445466 members after a photo of Pastor Blessed handshaking Banky W in a bizarre manner went viral.

Handshake or Clawing
Special forms of a handshake is a true way of identifying cult members. Cult groups have different types of handshakes that may include grabbing of the wrist and or twisting of the fingers, this is also referred to as clawing among cultists.

When someone mistakenly handshakes you in such a manner, this is a very sure and true indication that the person is a cultist.

Tonto Dikeh compares her former body to her surgically-enhanced curves as...