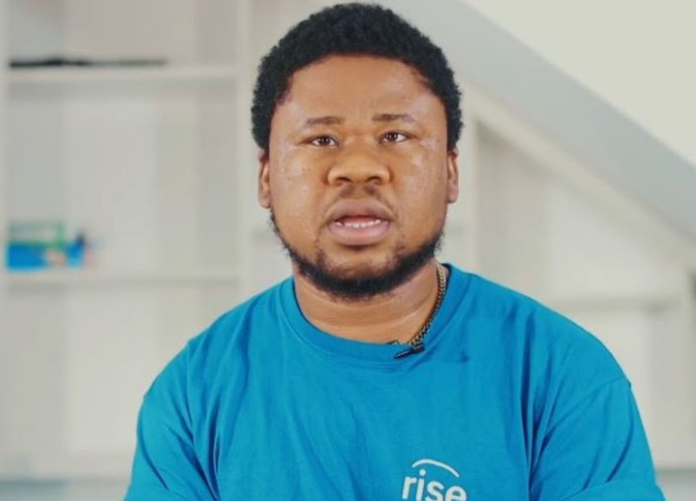 Eke Urum, founder and chief executive officer (CEO) of Risevest, has stepped down due to an ongoing investigation into s3xual and non-s3xual impropriety allegations.

The company said this in a statement on Tuesday, adding Tony Odiba has been appointed to serve as the interim CEO of the firm until further notice.

“In light of allegations of abuse of power and sexual impropriety, Eke Urum, willingly agreed to step aside as the CEO of Risevest as of August 3, 2022, to allow for a six-week investigation, set up by Risevest’s investors, to run its course,” the statement reads.

“We are committed to getting to the root of the matter and have launched a formal investigation to achieve this.

“The situation is being handled with utmost transparency through an independent panel with no affiliation to employees of Risevest.

“We want to assure our stakeholders and the general public that we continue to operate optimally as a company, and our customers will continue to enjoy the highest quality of services and support.”

The statement added that an independent investigation panel has been set up by Risevest’s investors to look extensively into the allegations.

The members include: Tomi Davies of TVC Labs as chairperson; Dunoluwa Longe of TLP Advisory as legal adviser and, Toun Tunde-Anjous of The People Practice as people and culture adviser.

“The current Head of Operations, Tony Odiba, who has been with Risevest since its inception, has been leading the company as the interim CEO, while Otasowie Evbuomwan still leads Risevest’s United States Operations,” the statement said.

“Risevest as a company has zero-tolerance for abuse, harassment, and misconduct and is committed to establishing the truth of this matter while also reviewing policies to ensure a safer workplace.

“Risevest’s operations and investment processes do not rely on any single individual and are completely unaffected by any of these circumstances. Our team continues to manage all investments and operations as usual.”

How to check 2021 JAMB UTME results without scratch card and...