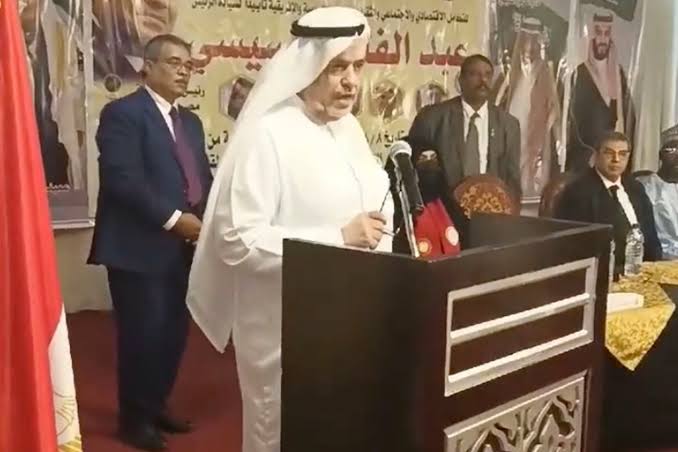 Shocking video has captured the moment a businessman collapsed and died while giving a speech at a conference in Egypt.

Muhammad Al-Qahtani, a Saudi businessman reportedly residing in the United Arab Emirates, was giving a speech at the speaking at the Arab-African Conference in Cairo on Monday when he appeared to lose consciousness and fall over backwards.

Mr Al-Qahtani was chairman of the board of Al-Salam Holding Company and reportedly held a number of honorary positions as a goodwill ambassador.

He had been speaking at the event, which was held under the title “in support of the achievements of [Egyptian] President Abdel Fattah Al-Sisi”, at the time he collapsed, according to Arabi21.

He had reportedly praised the President of the Emirates, Mohammed bin Zayed, as a “dean of humanity and a man of peace” just before he fell to the ground.

Abdullah Elshrif, an Egyptian YouTuber, wrote that Mr Al-Qahtani died after being taken away to another room by security guards at the conference.