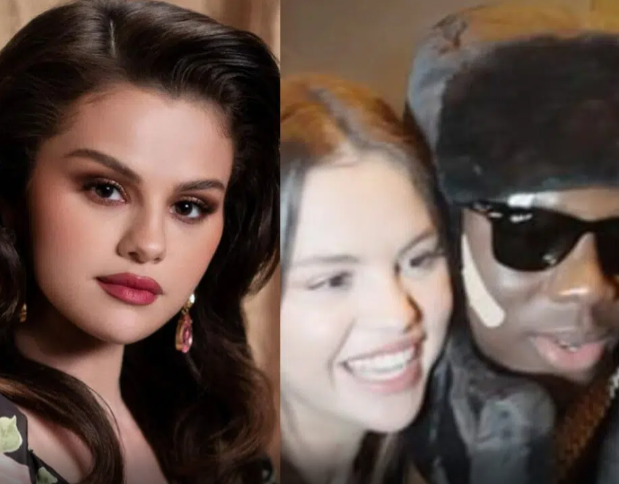 The actress, who is a big fan of the singer, has revealed via her Instagram page that she is releasing a song with the singer.

The song, ‘Calm Down’ remix is slated to be released on the 26th of August.

Selena expressed how excited she was to be featured in his song.

In the video she shared with her over 200 million followers, Selena hoped that her fans love and enjoy the song.

Speaking about meeting the singer, she said she is excited to meet the person who asked her for a collaboration finally.

“I am really excited to see the person that asked me to do his song.

The song is fun. I hope people like it”.

This has created internet buzz as many count down to the release date.

etieno.e: Awww, she looks like she has a huge crush on him

flamezyofficial_: Na this kind featuring me dey talk about! Wen the featured artist go carry you tan! Bou to be a global smash

TSB News recalls the internet had gone wild over a video of Selena Gomez kissing Rema.

Rema, who was in Los Angeles for his sold-out concert, couldn’t believe his dreams as the American celebrity showered him with love.

In a video uploaded on his Instagram page, Selena embraced the singer as she kissed him.

The adorable video had caused a stir online as many hailed him.

TSB News also recalls that Mavins superstar Rema had caused a stir on the internet with his show of love to the singer, Tems.

The singer shocked many as he took to Twitter to make Tems his profile photo.

He further gushed over her as he described her as beautiful.

To add to it, Rema further revealed that he was dating.

This had led many to believe he was dating the female singer.