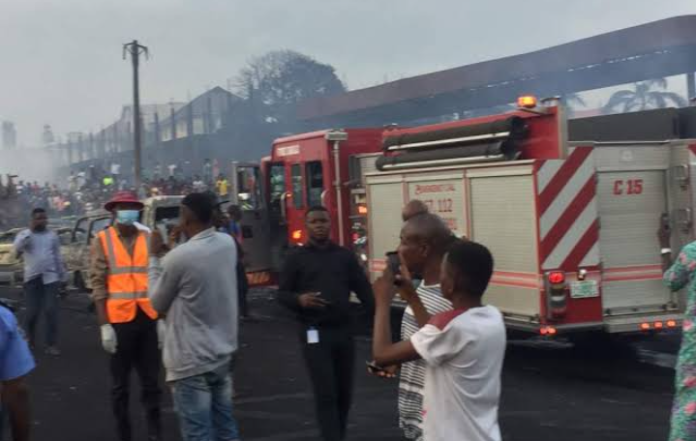 SUV catches fire while being held in Lagos traffic

In what will come across as a really startling development, a car has caught fire in Lagos traffic.

The SUV caught fire while held in a heavy gridlock on the bridge linking Ikorodu Road from Seven Up area.

The incident happened on Friday at about 8:55 pm.

No casualty was recorded in the incident.

The cause of the fire had yet to be ascertained as of the time of filing this report.

Meanwhile, few minutes after the fire incident, newsmen observed some hoodlums robbing inhabitants of two cars and dispossessing them of their belongings behind the Lagos Metropolitan Area Transport Authority office, while the gridlock persisted.

The robbery incident happened at about 9:25pm Friday.

“Dino Melaye On Drip & Not On Handcuffs, His Neck Bandaged”...