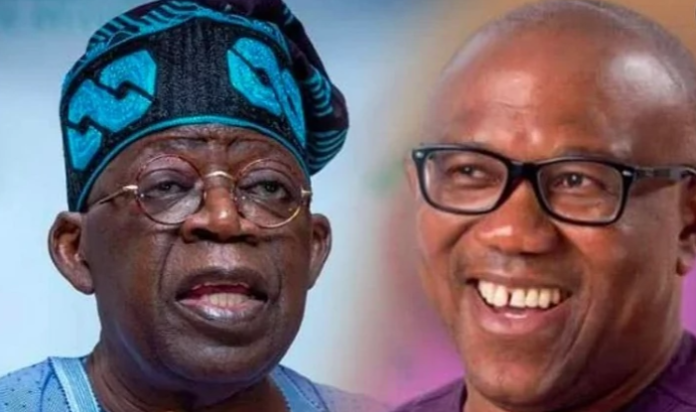 Asiwaju Bola Tinubu, the Presidential candidate of All the Progressives Congress (APC), has appealed to his Labour Party counterpart, Peter Obi, to caution his supporters from peddling falsehood, malice and denigrating him and other presidential candidates.

Tinubu made this known in a statement by the Director of his Media and Communications, Bayo Onanuga, on Wednesday, August 10, 2022.

The statement called on the former Anambra State Governor to rein in his supporters to pave the way for an issue-based campaign that will advance the growth, progress, and stability of Nigeria ahead of the 2023 election.

Onanuga also warned that “falsehood and disinformation will not win elections”, adding that the country’s electoral process would be enriched if the 2023 presidential campaign focuses on issues of good governance that will emancipate millions of Nigerians from poverty.

The letter lie: It all started with a report on Facebook claiming that Ghana President, Nana Akufo-Addo, had written a letter to Tinubu urging him to support Obi and take care of his health.

Onanuga noted that the Tinubu Campaign Organisation made the appeal to Obi after investigating the origin of the fake report and found that it emanated from an Obi Support group.

The President of Ghana had via his official Twitter account dismissed the fake news as a product of deliberate mischief with the intent to deceive the public.

“I have written no such letter to the APC leader, and it will not occur to me to do so. Ghana and Nigeria boast of decades of cordial, strong and brotherly relations, and I am not going to be the one to interfere in the internal affairs and politics of Nigeria,” Akufo-Addo tweeted.

Onanuga’s statement: “We have found that the fake news about Akufo-Addo’s letter was first published on June 22 by a rogue platform, whose url reads as worlsnews.space (sic) and site identity as World of News.

“A content analysis of the site clearly showed that it is a Biafra news platform. The fake news was reposted on Facebook by Peter Obi Support Group, same day – a clear proof that Biafra campaigners and Peter Obi supporters are the same.

“Both the Facebook account and the website are replete with fake stories about Bola Tinubu. We have come to a point where it becomes imperative to tell Mr. Obi to show leadership and disavow his supporters who are employing fake news and disinformation as deliberate tools to deceive and poison the minds of unsuspecting Nigerians.”