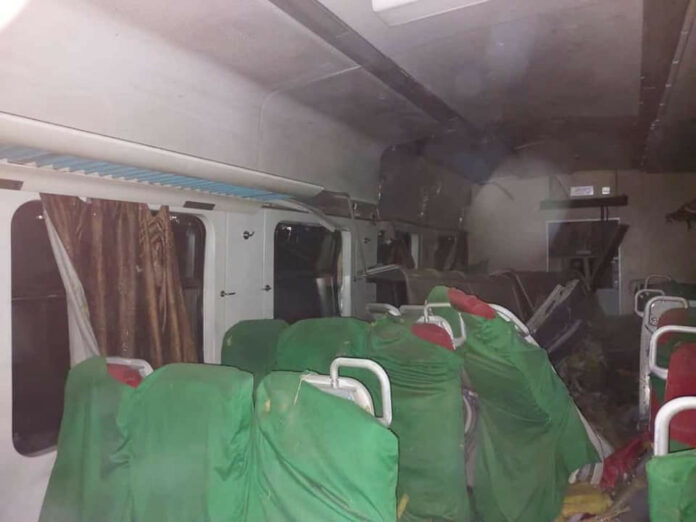 Terrorists that attacked the AK-9 Abuja-Kaduna train and abducted passengers on March 28, have, on Tuesday, released five more hostages including a victim shot while in their custody, Mukhtar Shuaibu.

Shuaibu was shot during a “friendly fire” while in the den of the terrorists.

Tukur Mamu, the Publisher of Kaduna-based Desert Herald and Media Consultant to controversial Islamic cleric, Sheikh Ahmad Gumi, who withdrew as one of the negotiators, confirmed the release of the five hostages.