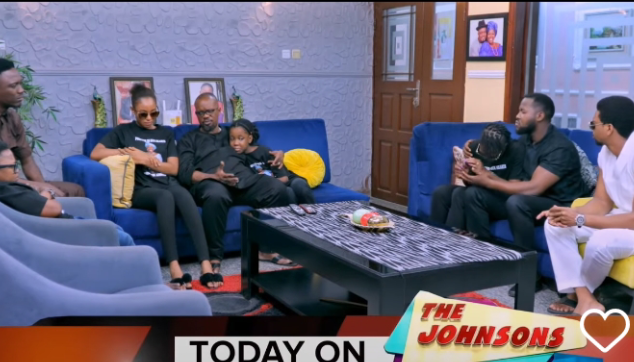 ‘The Johnsons’, the popular family sitcom series, has dedicated its new episode to Ada Ameh, the late film star.

Last month, Ameh, who was popular for her role as ‘Emu’ in the popular TV series, collapsed at an event in Delta state.

She was rushed to the Nigerian Petroleum Hospital but died before her arrival at the medical facility.

The actress was recently buried in her hometown in Ogobia, Otukpo LGA of Benue state.

In a trailer of the new episode shared on its Instagram page, members of her family on the series were seen lamenting her death.

The trailer shows Charles Inojie, who played the role of her husband in the family sitcom, lamenting that he would miss the late actress.

“I’m not sure you understand the void that has been created in my life,” he said.

Chinedu Ikedieze, who played the role of ‘Efetobore’, one of Ameh’s children, also mourns Ameh

Other members of her family also recounted their fond memories of Ameh in an emotional session.

Watch the trailer below: