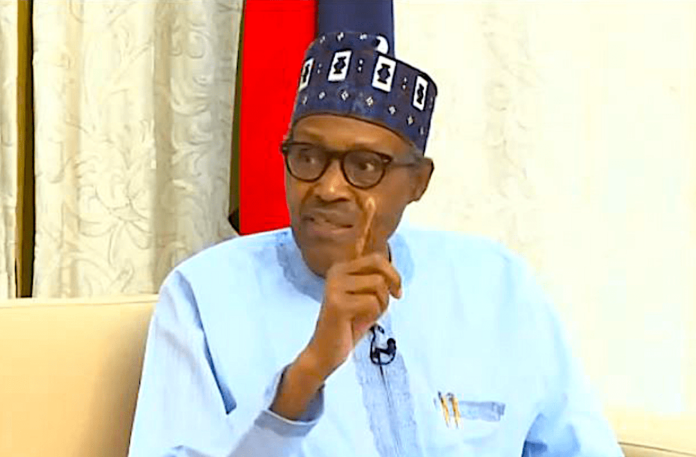 The plan to impeach Buhari

Worried by the spate of insecurity in the country, the Peoples Democratic Party (PDP) Caucus in the National Assembly recently initiated moves to remove President Muhammadu Buhari from office. They have given the President six weeks within which to address the security challenges in the country or risk being impeached. Questions have arisen about the real motives of the lawmakers and the suitability of the action at this point in time.

The intriguing thing about the lawmakers’ action is that those in support of the impeachment process cut across party lines. It comprises both members of the opposition Peoples Democratic Party (PDP) and their counterparts from the ruling All Progressives Congress (APC). Both members of the House of Representatives and Senators are also involved. The lawmakers are not alone in the disenchantment against the present state of affairs in the country. The other day, the Nobel Laureate, Professor Wole Soyinka, backed the move by the lawmakers to remove President Muhammedu Buhari. Human rights lawyer, Femi Falana, also gave his support to the impeachment moves.

The lawmakers and the concerned Nigerians are right. The current spate of insecurity in Nigeria is such that everybody is afraid. No one is safe and nowhere is also safe. Hitherto, attacks occurred on highways and remote parts of the country. We have seen attacks at the airports, rail lines, and correctional centres. Recently, hundreds of terrorists stormed the Kuje Correctional Centre in Abuja and released hundreds of prisoners, including hardened criminals. By the time they were through, four inmates and one security operative were killed. In the latest attack in the Bwari area of Abuja, terrorists ambushed the presidential guards and killed about eight of them. There are many other examples of this type of attack.

To add insult to injury, the terrorists threatened recently to kidnap President Buhari and the Kaduna State Governor, Nasir el-Rufai. It sounded strange and laughable but it is a reflection of the state of insecurity in Nigeria. If the government had been decisive and ruthless against the terrorists, the situation would not have degenerated to the present frightening level.

If the government had not been derelict in its obligations to the citizens, a wanted and ruthless terrorist would not have been turbaned as Sarkin Fulani in an emirate in Zamfara State with pomp and glee. Apart from the worrisome security challenges, Nigeria is grossly lagging behind in other indices of development. Be it the state of infrastructure, economy, inflation, poverty, hunger, unemployment, exchange rate and many others, the fact is that Nigeria bleeds and the citizens are so disenchanted now that they wish that the hands of the clock tick faster to the 2023 election. While the nation’s debt has ballooned to over N41 trillion; and university teachers are on strike, the Federal Government deemed it fit to donate vehicles worth N1.14 billion to Niger Republic. The government’s benevolence is ill-advised.

It is pertinent to note, however, that though we frown at the infractions of the government, we do not support removing the President at this time. The negative implications of removing him now far outweigh whatever gain it may bring. The country is highly polarised along ethnic and religious lines. Removing the President may bring social unrest. Besides, no President has been successfully impeached since 1999.

Moreover, the lawmakers are as guilty as the President they are plotting to remove. If they had carried out their oversight functions effectively, this problem would not have arisen in the first place. Their action, to say the least, is quite belated as the President only has a few months to go. It is necessary that the President draws some lessons from the allegations against him and try to make amends. He should not take the impeachment notice as a joke. The government has failed in securing Nigerians. We cannot continue like this. The presidential candidates of the various political parties should draw a lesson from the President’s current predicament. They should realise that the job is enormous.

We think that the best option is to allow this government to conduct free and fair elections in 2023. This is what should bother Nigerians now and not impeachment. The onus is on Nigerians to examine the presidential candidates of the various political parties and vote for the one they feel will transform the country and make it better.

The Senator sponsoring bill for Generator ban is insane – FFK