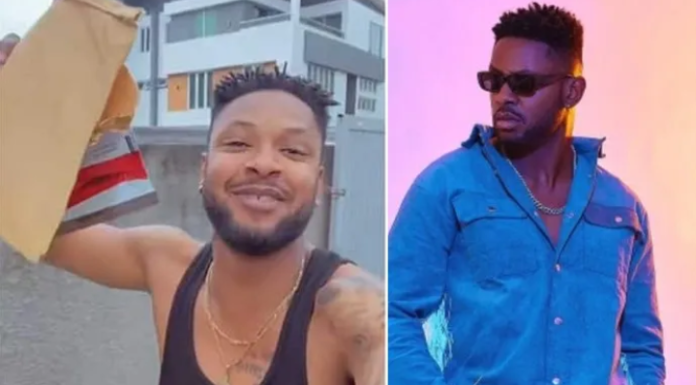 Reality TV star, Ikechukwu ‘Cross’ Okonkwo, has taken to social media to jubilate after receiving his international passport which was delayed for weeks.

The Big Brother Naija 2021 housemate, shared a video of him jubilating while showing off the passport.

Cross thanked God that he was finally able to take delivery of the passport after waiting for seven weeks to get the booklet.

He announced that it was finally time for hi to ‘move out’ of Nigeria now that what was preventing from doing so has been sorted out.

The brand influencer said; ‘‘My passport is out, after seven weeks in the lab. You cannot deny me, you can only delay me. My passport don come out. God I love you. Time to move out”.

Lovely photos of actress Omotola Jalade-Ekeinde and her children