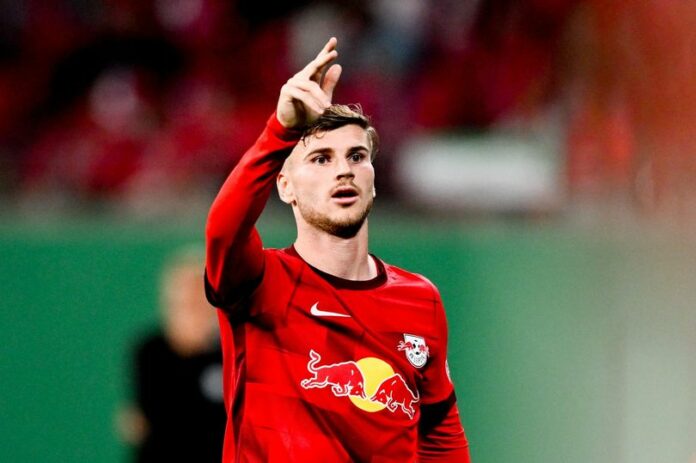 Former Chelsea star Timo Werner put his past woes behind him with a 24 minute hat-trick for RB Leipzig on a night when the Blues struggled to find the net against Southampton.

Werner, 26, left Stamford Bridge in the summer after failing to impress in west London following his £47million move from Leipzig in 2020. Although considered unlucky at the Blues, Werner could only manage 23 goals in 89 games for the club, prompting a return to his former club this summer.

Meanwhile, his old side missed more than their fair share of chances in a disappointing 2-1 defeat to Southampton. Raheem Sterling had put the Blues ahead, but goals from Romeo Lavia and Adam Armstrong turned the game on its head before half-time.

Chelsea had opportunities to level through Armando Broja and Kai Havertz but were unable to find that crucial equaliser as Thomas Tuchel complained that his side were too easily “pushed off balance” by their the superior Saints.