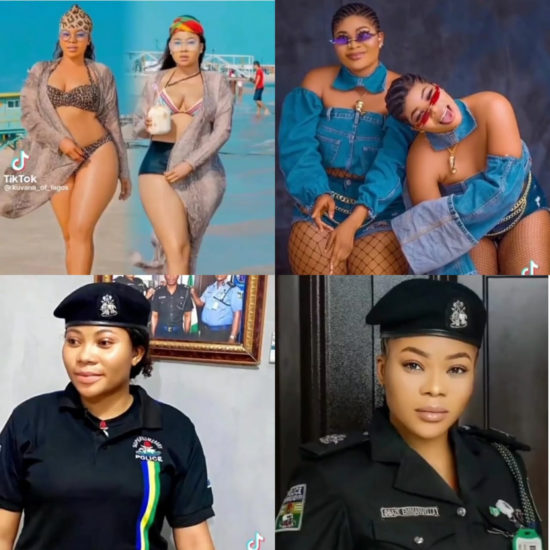 The Inspector-General of Police, IGP Usman Alkali Baba, has suspended two Supernumerary Police Officers, Obaze Blessing with SPY number 5709, and Obaze Emmanuella Uju with SPY number 5708, with immediate effect, for breach of the provisions of the Police Act, 2020, and The Nigeria Police Guidelines for Recruitment/Promotion/Discipline of Supernumerary Police (SPY) 2013 by the Inspector-General of Police, as captured in a video posted by one of the officers in a viral video on August 3, 2022.

The officers went viral recently after TikTok videos of them looking sexy in and out of their uniforms went viral.

A statement released by CSP Olumuyiwa Adejobi says the officers who are Suprenumerary police officers dressed in uniforms that are not permitted for their level and also violated the Social media policy of the police.

Adejobi called on all supernumerary officers to adhere strictly with extant laws as strict sanctions would apply to erring officers. The Force is similarly revisiting other matters of infractions against members of the Supernumerary Police with a view to handing out necessary sanctions to other defaulters.

Watch the viral TikTok video that got them into trouble below;