Late basketball star, Kobe Bryant’s widow left the courtroom in tears on Thursday, August 11 after a bartender was asked to describe photos of the dead bodies of Bryant and his daughter Gianna.

Vanessa Bryant is suing the Los Angeles County sheriff’s office and fire department for invasion of privacy, after it emerged photos of her dead husband and daughter were shared within officers.

The 41-year-old basketball superstar died alongside his 13-year-old daughter Gianna and seven others in a helicopter crash near Los Angeles in 2020.

On Thursday, Vanessa Bryant became emotional when Victor Gutierrez, a bartender, was asked if he had seen the body of her daughter.

Luis Li, Bryant’s lawyer, in his opening statements on Wednesday played jurors CCTV footage of an off-duty sheriff’s deputy drinking at a bar and showing the photos to Gutierrez, who shakes his head in dismay.

The lawyer then showed an image of the men laughing together later. Li described firefighters looking at the phone photos two weeks later at an awards banquet, and showed the jury an animated chart documenting the spread of the pictures to nearly 30 people.

As she heard Gutierrez being questioned, Bryant reportedly cried, stood up and her attorney asked the presiding judge permission for Bryant to leave the court room.

‘You don’t have to ask my permission,’ the judge said.

Bryant did not return for the remainder of Gutierrez’s testimony.

The jurors were shown surveillance clips from the bar on January 28th, 2020 – two days after the crash.

Gutierrez described wincing at the photos and then admitted that he told the condition of the victims’ bodies to five sets of people.

One person he recounted the photos to was Ralph Mendez, who later filed a complaint against the deputy who initially showed Gutierrez the photos.

‘I was in disbelief, disappointed, disgusted and angry,’ Mendez said. 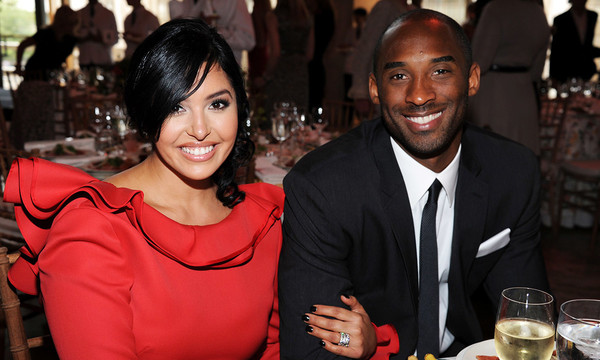 Li said the mobile phone pictures shot at the scene by a deputy and fire captain were ‘visual gossip’ viewed ‘for a laugh’ and had no official purpose.

‘They were shared by deputies playing video games,’ Li said.

‘They were shared repeatedly with people who had absolutely no reason to receive them.’

A lawyer for the county defended the photographs as an essential tool for emergency service workers seeking to share information .

During the defense’s opening statement, Hashmall told jurors the fact the pictures have not appeared in more than two years shows leaders in the sheriff’s and fire services did their jobs.

‘They’re not online. They’re not in the media. They’ve never even been seen by the plaintiffs themselves,’ she said.

‘That is not an accident. That is a function of how diligent they were.’

According to TMZ, Bryant cried frequently during her lawyer’s presentation.

See Breakdown Of Ronaldo’s Contract At Juventus. See How Much Is...