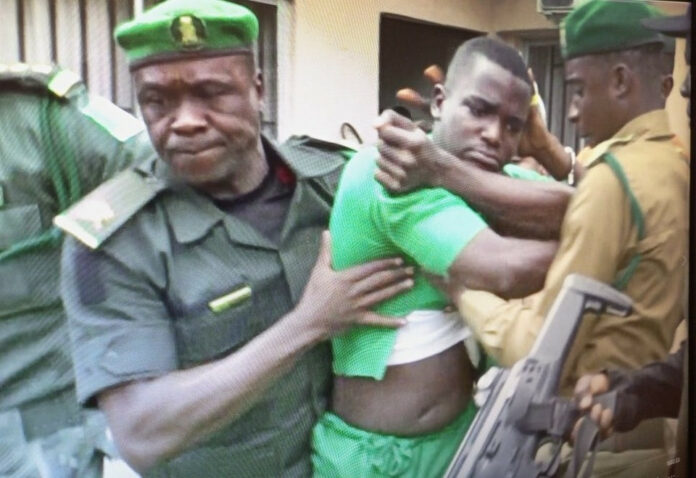 Video of Uduak Akpan trying to flee court after he was sentenced to death by hanging for killing job seeker, Idiubong Umoren

A video of convicted rapist and murderer, Uduak Akpan, trying to flee the High court after he was sentenced to death by hanging has been shared online.

Umoren, a graduate of Philosophy, University of Uyo, was killed in April 2021 by Akpan. The deceased was job hunting while awaiting mobilization for the compulsory National Youth Service Corps (NYSC) scheme when she encountered Akpan who feigned he had a job for her. On getting to his apartment, Akpan raped her, and then killed her.

Shortly after he was sentenced to death by hanging, Uduak attempted to flee the court room.

See video of him after he was apprehended below…