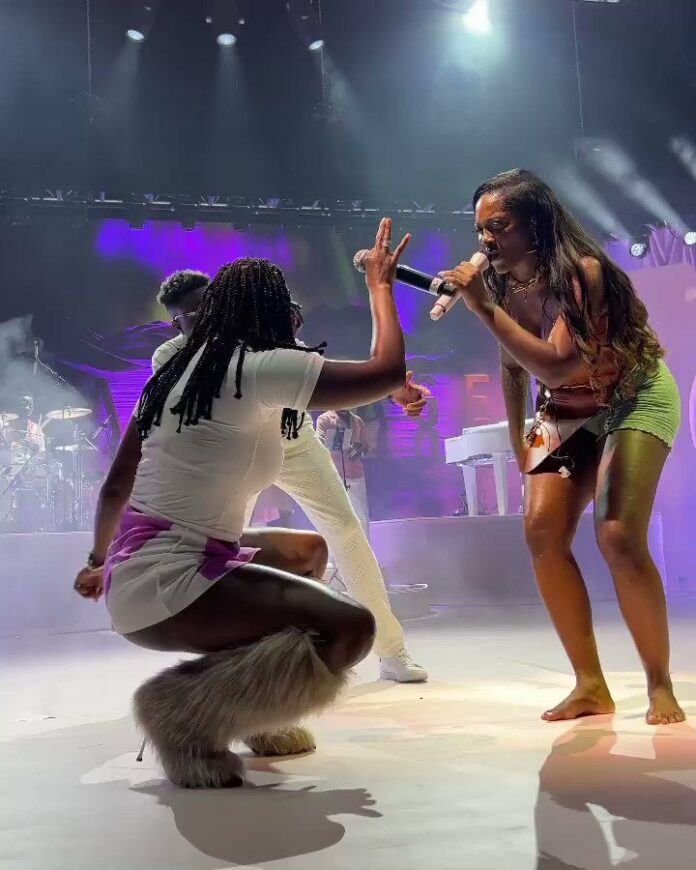 Ama Serwah Genfi, better known as Amaarae, performed with Tiwa Savage at one of her sold-out London shows over the weekend. In front of their fans, the two African singers performed their only song together.

They performed ‘Tales By Moonlight,’ a Tiwa Savage single that was later included on her ‘Water & Garri’ extended play, which was released in 2021.

In a viral clip from the show, Amaarae can be seen passionately performing while wearing a mini skirt that exposes a significant part of her body. This left music fans on twitter admiring her body.

Amaarae and Tiwa Savage killing it 🔥

Daddy Freeze challenge Adeboye for a debate, offers  to teach him...