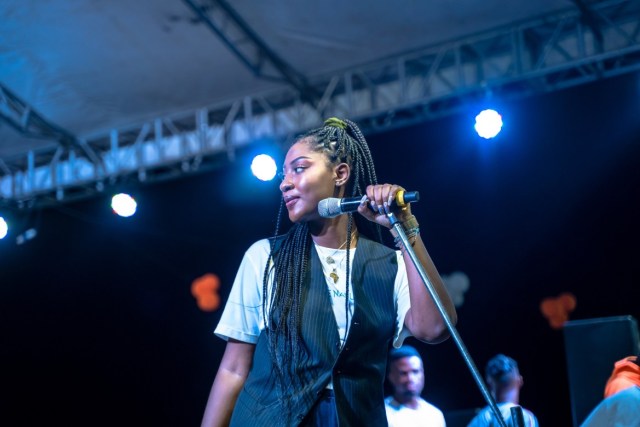 Popular Nigerian singer, Temilade Openiyi better known as Tems, has reacted after a fan criticised the sound of her voice.

The No Woman No Cry crooner launched an Instagram live session to interact with fan, however, she was not so pleased with a comment from a follower who talked down on the way she speaks.

While reading through the comments, Tems came across that of someone who said that her voice is not pleasant to listen to.

”Your voice no sweet”, the fan said.

”But she did not take to likely the person’s opinion, so she insulted the IG user by saying; ”Your own voice no sweet, you are mad.”

boluwatife_brizzy; If no be say one thing one thing!!! Tems nah real street 

cashbenkid; They only react to the negative comments and ignores the one that show them love lol.