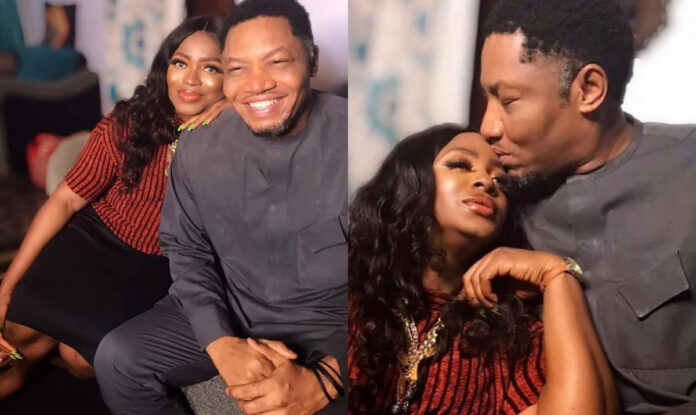 A man who can’t satisfy his wife in bed should be locked up for 3 months, says Ernest Obi

Ernest Obi, the Nigerian actor, says any man who fails to satisfy his wife sexually should be locked up in a room for three months.

The film star was reacting to the case of Joy Emmanuel, the Akwa Ibom woman recently arrested and paraded for allegedly plotting the kidnap of Emmanuel Ebong, her husband.

The 40-year-old woman had told journalists that her husband did not only allegedly starved her of sex but also refused to provide for the family.

This, according to her, informed her decision to kidnap him.

Olatoye Durosinmi, the Akwa Ibom police commissioner, revealed that Joy and the kidnapers collected the sum of N2 million as ransom for her husband’s release.

Weighing into the matter on Sunday, Obi said he is in “support” of Joy’s action, if her husband indeed starved her of sex as she claimed.

The filmmaker said while he does not endorse kidnapping or other forms of criminalities, it is wrong for a man to deny his spouse sex and children the care they need.

“Her first reason is the most cogent for me. And if it’s true, I support her.
Any man who does not satisfy someone’s daughter sexually should be locked up in a room for 3 months,” he wrote on Instagram.

“What does my wife @eviernestobi
call it again… husbandly duties… I sincerely don’t know where she got those words from…but I agree with it. Wholeheartedly..

“But jokes apart. Though I will never support kidnapping for any reason, I think it’s wrong in all ramifications to deprive your spouse and children the care they deserve… sexual etc. I pray she finds peace. Note: This page does not support crime or violence in any form.”