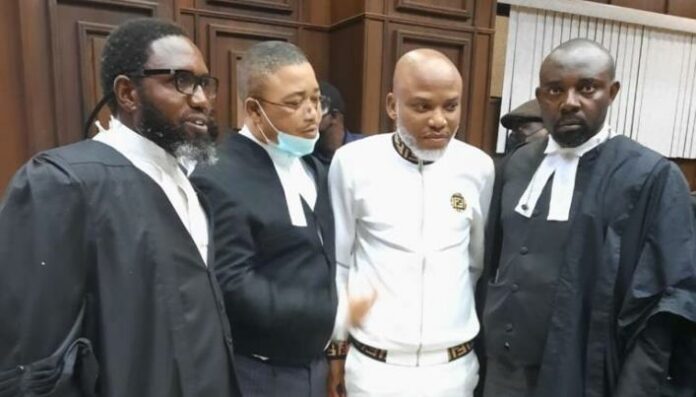 The Court of Appeal Abuja has reserved judgment on an appeal filed by the leader of the Indigenous People of Biafra, IPOB, Nnamdi Kanu, seeking to quash the terrorism and treasonable felony charge the Federal Government preferred against him.

The IPOB leader, who is currently facing trial before the Federal High Court sitting in Abuja, had approached the court of appeal to query the legal competence of the charge pending against him.

He is praying the court to review the April 8 ruling of the trial court which struck out only eight out of the 15-count charge.

Insisting that the charge FG entered against him had no basis in law, he is also urging the appellate court to order his release on bail, pending the determination of his appeal.

Though the appeal was initially fixed for October 11, following an application the embattled IPOB leader filed for abridgment of time, the appellate court brought the matter forward for hearing.

‘I Was Nicknamed Cowboy Over My Stealing Skills’ – Armed Robber