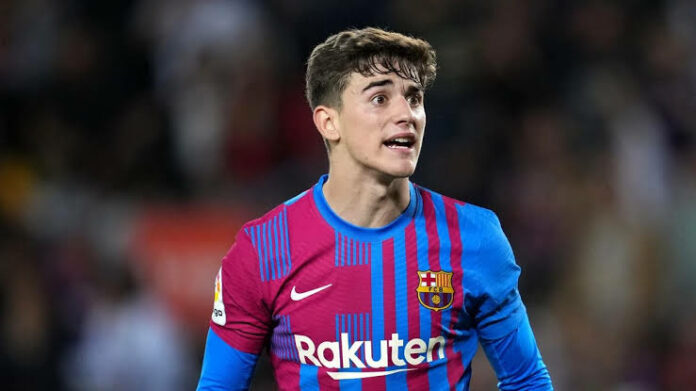 Barcelona midfielder, Gavi, has put pen to paper on a new deal with the club.

In a statement from the club, it was confirmed the teenage sensation has signed a new contract at Spotify Camp Nou until 2026.

The new contract has the release clause for the midfielder fixed at €1billion which equals the same as Pedri, Ansu Fati, Ronald Araujo and Ferran Torres.

Barca have long been hoping to get Gavi to agree to new terms, with his previous deal set to expire in 2023, but some factors stalled the process.

One of the factors included the regulation that players under the age of 18 in Spain cannot sign contracts for longer than three years, so Barca had to wait until Gavi turned 18 in August to be able to secure his services long-term.

The club’s financial crisis also contributed to the stall as Barca had to make salary space within their LaLiga-imposed spending limit to be able to register the new deal.

The teenager after impressive performances for both club and country had drawn interest from Europe’s top clubs but had always made it known that his interest was to stay in Barca.

After progressing through the La Masia academy, Gavi made his first-team debut last August, just after turning 17, in a league match against Getafe.