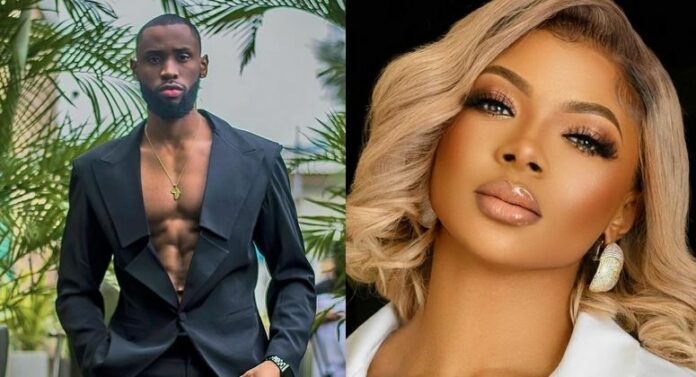 Former Big Brother Naija housemate Liquorose recently walked away from a talent show after she was mocked about her failed relationship with Emmanuel.

The reality TV star who was one of the judges at the talent show stood up and left the set of the show after two comedians joked about her failed relationship.

It is no news that Liquorose and Emmanuel’s split was one of the messiest in the entertainment industry.

The reality TV stars first began to give hints about a possible split after Emmanuel was conspicuously absent when friends and fans gifted Liquorose several gifts on her 27th birthday.

He finally hit the nail on the head after he was a no-show at Liquorose’s birthday party.

He also didn’t give a shout-out to her on his social media pages.

Things got messier after Liquorose revealed during the reunion season of the show that their relationship crashed in Dubai.

Liquorose said she walked in on her estranged boo, Emmanuel and a masked woman in his hotel room in Dubai.

After waiting fifteen minutes to be let into his room, Liquorose revealed Emmanuel did not attempt to explain his compromising situation.

Emmanuel shared that contrary to Liquorose’s claim, he was asleep when she began knocking on his hotel room door.

It took a while to open the door because he did not know how she would have reacted to the situation and he didn’t try to explain.

Marriage Not On My Mind – Timaya