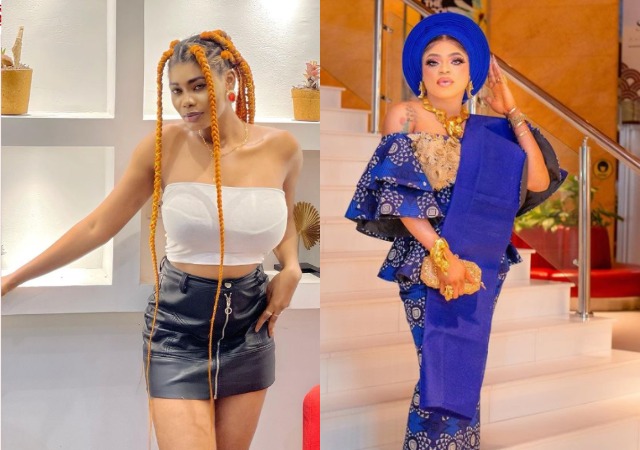 Oye Kyme is alleging that Bobrisky had sex with her when she was his PA.

The Ivorian came to Nigeria to work for Bobrisky after the crossdresser decided to reward her for drawing a tattoo of him on her body.

However, the work relationship ended on a sour note and Oye returned to Ivory Coast.

Since then, she has been making different allegations about Bobrisky.

This time around, she is claiming Bobrisky used to have sex with her.

“I miss him touching my boobs,” Oye wrote in one post alongside a photo of her and Bobrisky. 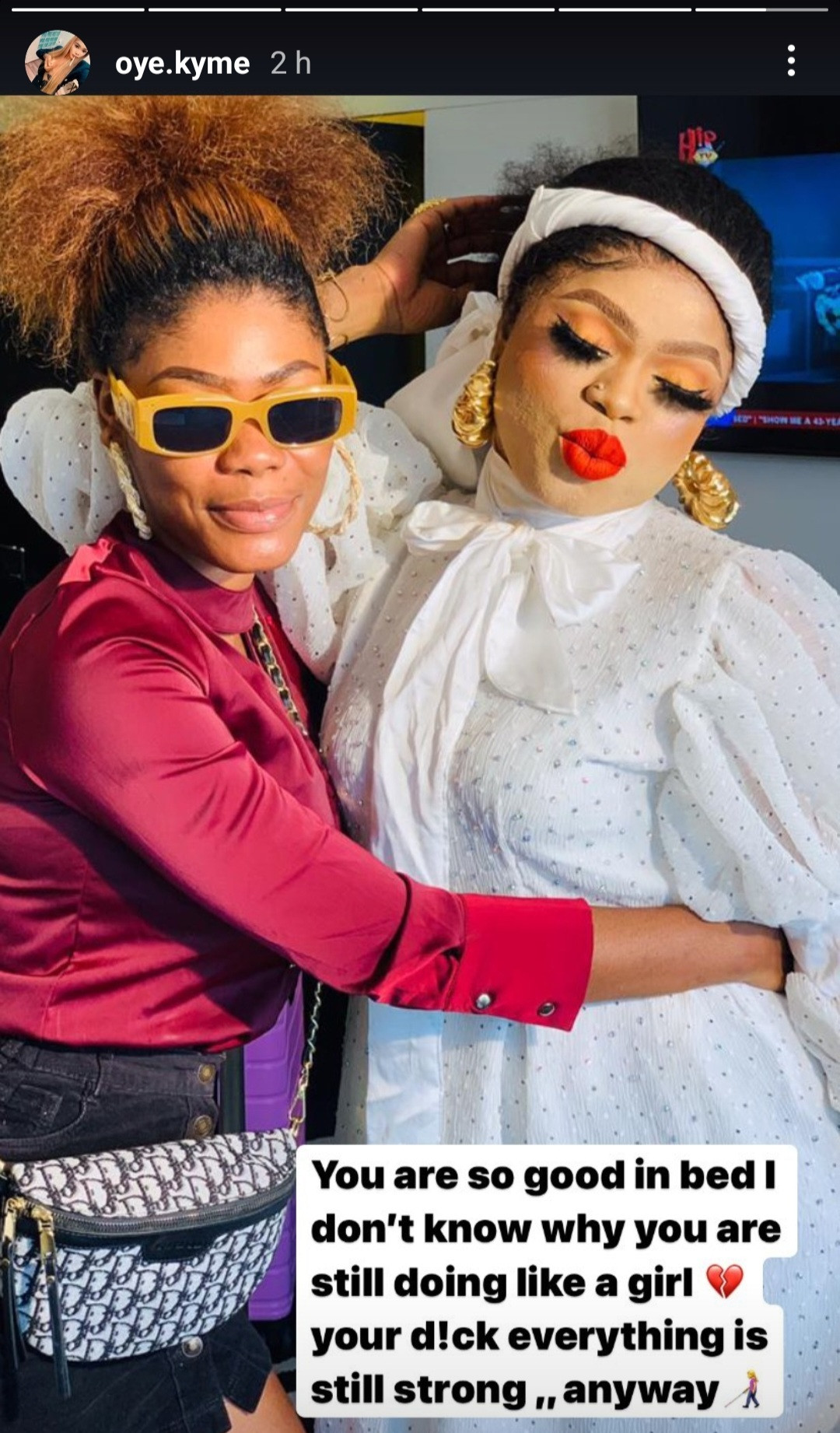 Brandy talks about battling depression and how her daughter Sy’rai saved...