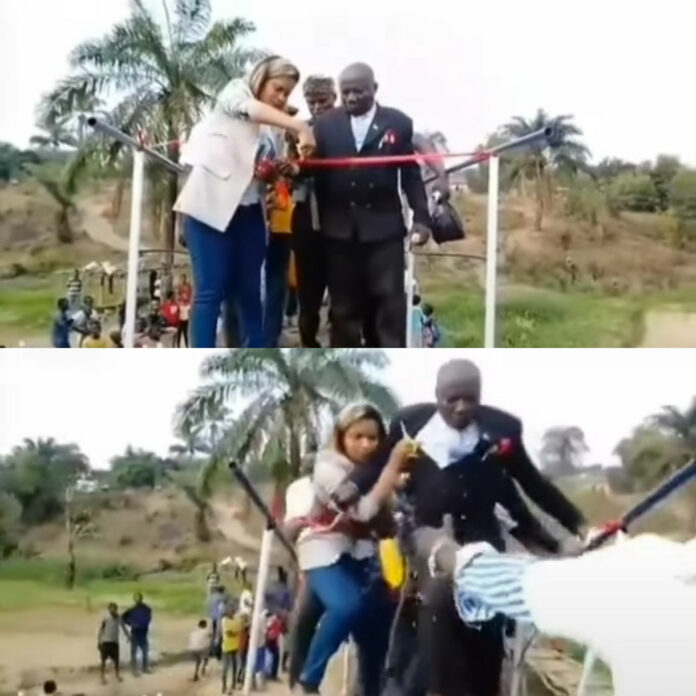 A bridge collapsed while being commissioned in South Africa and a video of the incident has gone viral, TSB News reports

In the video, the officials commissioning the project are seen standing on the bridge.

Immediately a female official cut the ribbon to declare the bridge open, the structure gave way and collapsed with the officials tumbling with it.

Onlookers quickly rush to the bridge to help save the officials.

Fortunately, no life was lost.

Watch a video below.

“They deserve to die” – 22-year-old student confesses to murder of...