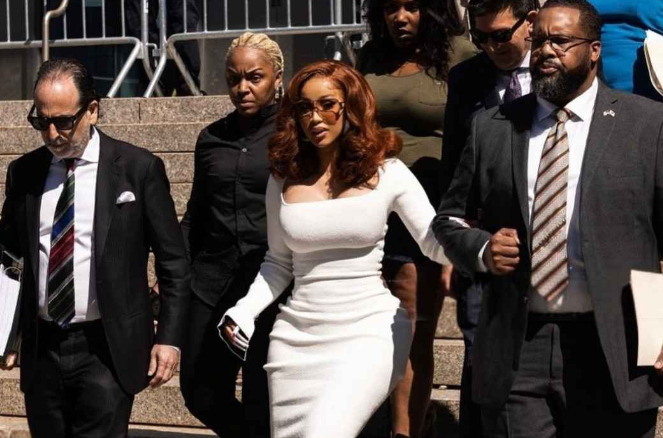 Cardi B has spoken out on Instagram after she was given 15 days of community service as punishment after she took a plea deal.

The rapper was in court on Thursday September 15, where she agreed to plead guilty to 3rd-degree assault and reckless endangerment, both misdemeanors. The deal means she avoids a trial and a possible jail sentence.

As part of the plea, there’s also an order of protection that requires Cardi to stay away from the women she ordered an attack on for 3 years.

“Everyday the sun won’t shine, but that’s why I love tomorrow,” she wrote on Instagram alongside photos of her in court yesterday.