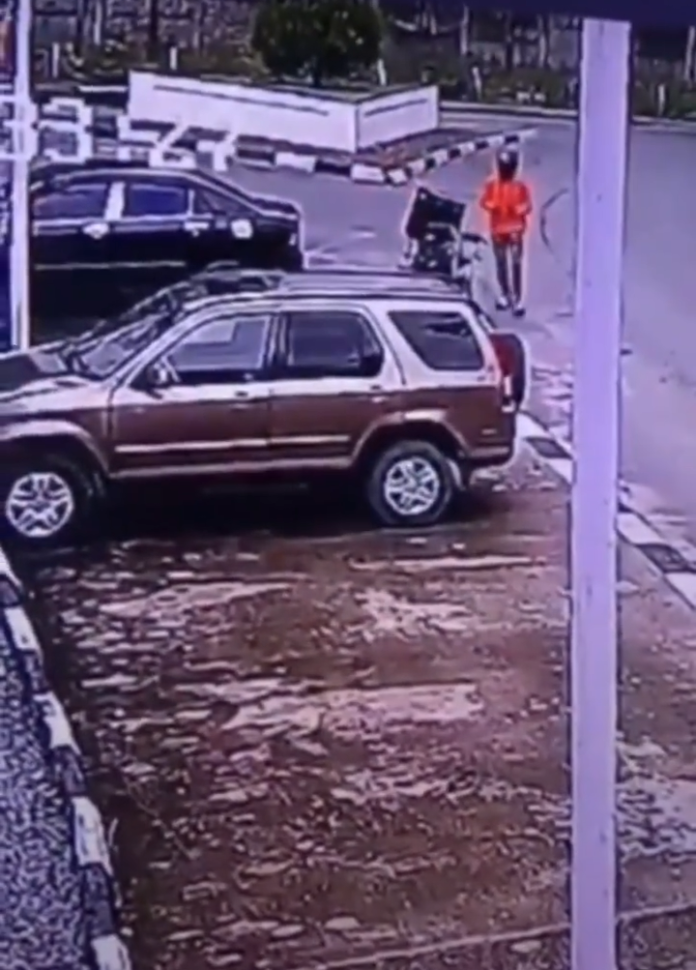 Spokesman of the Lagos State police command, SP Benjamin Hundeyin, who shared the video on Twitter, called for help in arresting the thief.

“Any tips leading to his arrest will be appreciated and rewarded. This happened in Ikoyi recently.

Extra attention need to be given to the security of vehicle he wrote.