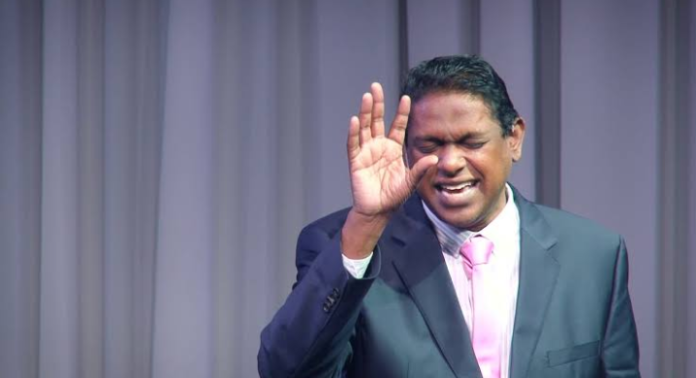 Dead Pastor, Siva Moodley, still in mortuary for over a year because his members are waiting for his resurrection

The body of South African Pastor, Siva Moodley is still lying in a mortuary in Johannesburg for over a year now, as his family and members of his congregation continue to wait for his resurrection.

A year has passed and Pastor Siva Moodley’s body remains at a funeral parlour in Fourways, Gauteng.

Moodley, 53, the founder of The Miracle Centre in the north of Johannesburg, died on August 15, 2021, after falling ill. His body has been kept at Martin’s Funeral Home since then.

On Monday, Martin du Toit, the manager at the funeral home, confirmed that Moodley’s body was still at his mortuary.

“After Pastor Moodley’s death, his family and members of the church used to visit the funeral home to pray for his resurrection. The last visit was in September last year. Nobody has come to view the body since then. There is no news about his funeral,” said Du Toit.

He said he had lodged an application with the Johannesburg Magistrate’s Court to grant him permission to have Moodley buried or cremated. However, the matter has not been set down as yet for a hearing.

“It is a civil matter. I cannot make the decision to bury or cremate him on my own. It has to come from his family but they are not saying anything. He was a well-known man and does not deserve this kind of treatment. I hope the court can provide some relief.”

Since the death, services at the church have been going on as normal and are conducted by his wife, Jessie, son, David, and daughter Kathryn Jade. The services are also live streamed on social media.

The church has allegedly not openly acknowledged his death on social media or informed the congregation of his whereabouts. His social media accounts, notably Facebook and Twitter, are operational and messages are posted every day as if they are from him.

Moodley has an international following and had a television programme called Your Miracle Moment. The programme was broadcasted on DStv through FaithTV and TBN Africa.

According to his website, Moodley is described as an apostle, author, international speaker, and radio and TV personality.

It is also claimed that Moodley made those who were blind see and restored hearing to some who were hearing impaired. There are also claims that he healed people who were ill.

“His family and church members have not respected the death of a great person but believed in the resurrection of this servant of God. His wife and children continue as normal. They need to be honest and not hide away from the facts.”

Congregation members, who declined to be named, also wanted answers.

80-Year-Old Tanzanian Dies During Sex Romp With His 33-Year-Old Lover In...