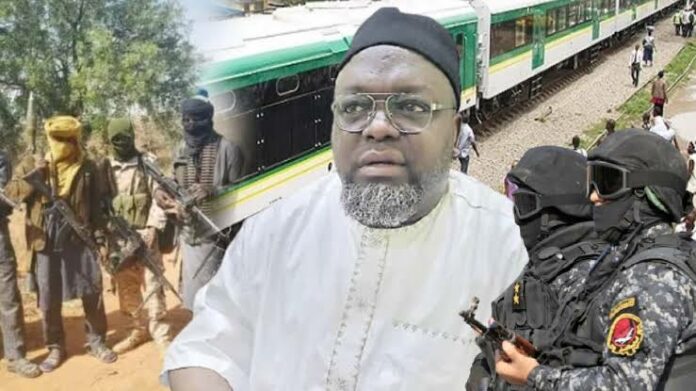 The DSS levelled the allegations in an affidavit used in support of an ex parte motion marked FHC/ABJ/CS/1617/2022 filed before Justice Nkeonye Maha of the Abuja Federal High Court by the SSS.

Justice Maha, on Tuesday, granted a prayer by the SSS through his counsel, Ahmed Magaji, to detain Mr Mamu, an aide to a popular Islamic cleric, Sheikh Ahmad Gumi, for 60 more days pending the conclusion of its investigation.

Preliminary investigation so far established, amongst others, the offences of the logistic supplier, aiding and abetting acts of terrorism, as well as terrorism financing against him,” the SSS claimed in the court document.

It explained that Mamu, a journalist, and publisher of Desert Herald based in the North, had used his platform as cover for funding international and local terrorists.

“That the defendant (Mamu) has used the cover of his profession as a journalist to aid both local and international terrorist groups. That the action of the defendant has orchestrated the untimely death of several security personnel in north-central and north-eastern parts of Nigeria,” the affidavit stated.

It added, “That the defendant has discreetly given several information to bandits and terrorists that escalated various acts of terrorism in Nigeria.”

The SSS further noted that its “investigation has assumed a wider dimension and sophistication requiring time and advanced expertise to conclude.”

Mr Mamu led negotiations with bandits to release the Abuja-Kaduna train passengers kidnapped in March. He was, however, arrested on September 6 in Cairo on his way to Saudi Arabia for the lesser Hajj and deported to Nigeria by Egyptian authorities.

“That upon his interception and subsequent repatriation back to Nigeria, a duly signed search warrant was executed in his residence and office at No. 4, Ali Ladan Street, Sabon Kawo GRA and No. 14, Mamona Road, Anguwan Sarki, Kaduna State and various exhibits and items to establish his complicity with terrorists were recovered,” the SSS said.