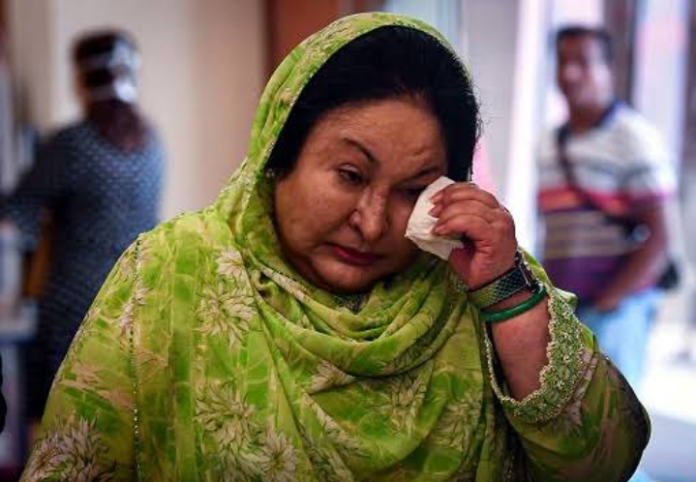 A Malaysian court on Thursday sentenced Rosmah Mansor, the wife of former Prime Minister Najib Razak, to a decade in prison for seeking and receiving bribes in exchange for government contracts, just days after her husband was jailed for corruption.

The couple have been the focus of multiple graft investigations since Najib’s surprise election defeat in 2018, when voters’ anger over a separate, multi-billion dollar corruption scandal ended his nine years in power.

A flamboyant figure by Najib’s side, Rosmah was widely scorned in Malaysia for her extravagant lifestyle and penchant for Hermes Birkin bags, and faced repeated questions over her influence in government matters.

Rosmah will also have to pay a fine of 970 million ringgit ($216.45 million) – a record amount in Malaysia’s history – over three bribery charges, Kuala Lumpur High Court Judge Mohamed Zaini Mazlan said, adding that the prosecution proved their case beyond a reasonable doubt.

She will remain free on bail pending appeals to higher courts.

Rosmah, dressed in a yellow baju kurung – a traditional Malaysian long blouse and skirt – and matching headscarf, addressed the judge tearfully immediately after the verdict.

“I must admit that I’m very sad with what happened today,” she said. “Nobody saw me taking the money, nobody saw me counting the money…. but if that’s the conclusion, I leave it to God.”