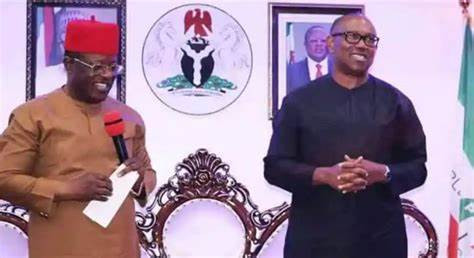 It was reported earlier today that the rally organized by the Labour Party presidential candidate’s supporters, was disrupted by policemen who stopped them from moving through the streets.

In a statement released by Umahi’s Special Assistant on Media and Strategy to the Governor, Chooks Oko, it was stated that “relevant government agencies had approved the use of Abakaliki township stadium for a rally by the Labour party subject to the payment of some specified fees, but the organizers chose to empty into the streets causing some untold hardships on the hapless citizens going about their daily pursuits.”

Oko added that the police stepped in to restore law and order.

Nobody can bring down this government – Presidential aide, Garba Shehu...